Florida Manatee Had the Word "TRUMP" Etched Into It's Back 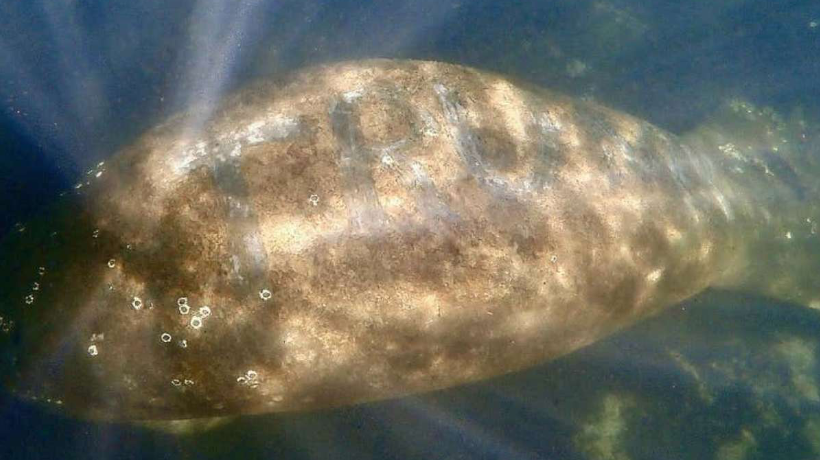 Somebody etched the word “TRUMP” into the back of a manatee … and now, the feds are looking for the culprit.

Word of the manatee spread this week after a video surfaced showing the creature swimming in the waters of Florida’s Homosassa River. Someone had scraped T-R-U-M-P into the algae growing on its skin.

Wildlife officials say the manatee doesn’t appear to have been harmed, but that doesn’t mean people aren’t pissed. Manatees are a protected species in the area, and it’s against the law to harass them.

“West Indian manatees are essential members of the ecosystems in which they inhabit and are protected under the Endangered Species Act and the Marine Mammal Protection Act,” USFWS Director Aurelia Skipwith said in a statement.

The manatee does not appear to be seriously injured, officials said. It appears that the word was written in algae that had grown on the animal’s back, not scratched into its skin.

Wildlife officials are looking for any information regarding the animal’s harassment. Tips can be reported at 888-404-3922. The Center for Biological Diversity, a nonprofit group that protects endangered animals, is offering a $5,000 reward for information leading to a conviction in the case.