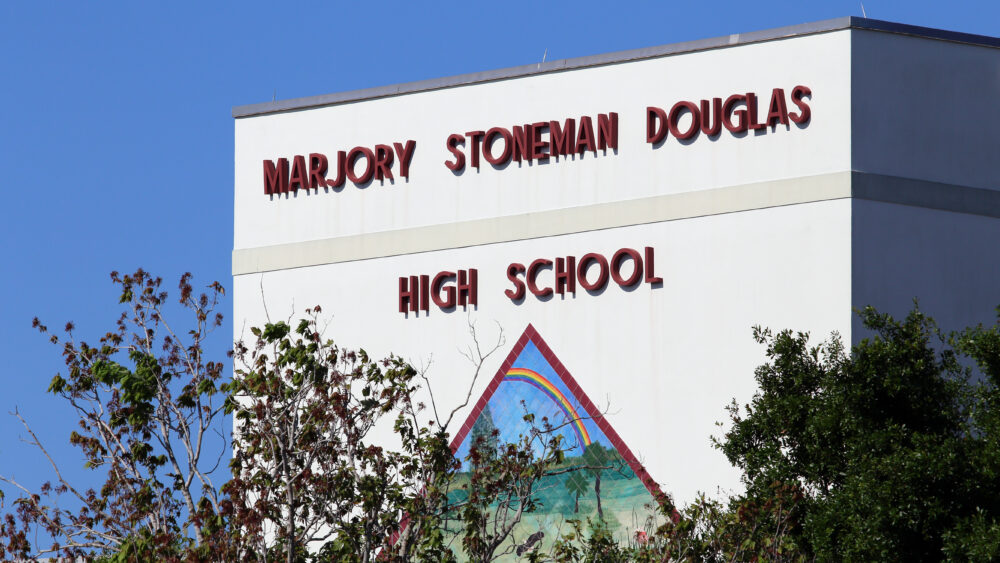 In the more than four years since then-19-year-old Nikolas Cruz killed 17 people at Marjory Stoneman Douglas High School, the still-bloodstained school has been sealed. Today, however, the doors to the three-story building, also known as the “1200,” will be open to jurors, per the Associated Press.

In October, Cruz, now 23, pleaded guilty to 17 counts of first-degree murder. The now-ongoing trial aims only to determine whether he is sentenced to death or life without parole.

On Thursday, the seven-man, five-woman jury, plus 10 alternates, will be bussed 30 miles from the Broward County Courthouse in downtown Fort Lauderdale to the school, which is still unchanged from February 14th, 2018 —  the day of the massacre.

Circuit Judge Elizabeth Scherer, prosecutors, and defense attorneys will also attend. Cruz waived his right to visit the building, which reportedly still has windows and doors shot out with bullet holes, rotten Valentine’s Day flowers, and balloons. Only bodies and items belonging to the students, like backpacks, have been removed.

The AP adds that security during the visitations will be tight, with the area surrounding the school sealed off by law enforcement and potential airspace monitoring.

As they prepare to rest their case, prosecutors hope that by moving through the scene as they retrace Cruz’s steps, jurors will realize that his actions were cold, calculated, heinous and cruel.

Neither the judge nor the attorneys are allowed to speak to the jurors — nor are the jurors allowed to communicate with each other— as they tour the building.

Once the jurors leave, a pool of journalists will be escorted inside for the first public look. They will be allowed to carry paper and pens, but no cameras.

The Broward County school district plans to demolish the building once it gets approval from prosecutors.