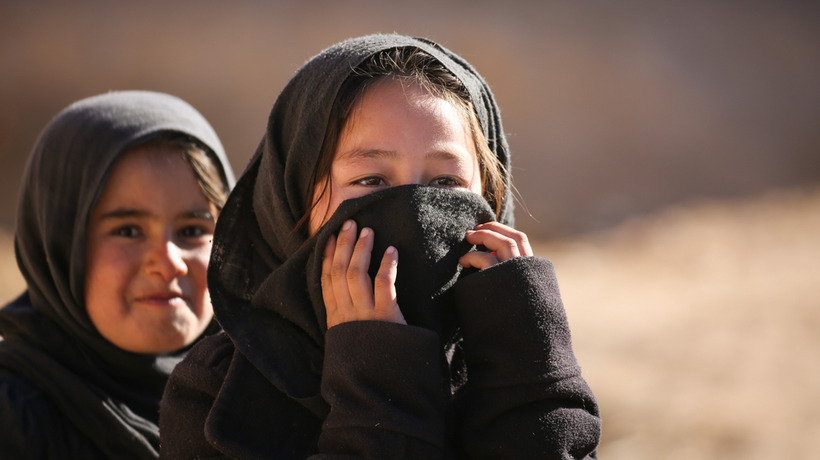 As news of the Taliban gaining control of Afghanistan continues to unfold, it’s hard for many people not to worry about the women and girls of the country, especially knowing the militant group’s oppressive history. For Allyson Reneau, this fear for the Afghan people on the other side of the world kept her up at night in her Oklahoma home. And after becoming friendly with the young women on the the Afghan Girls Robotic Team years ago, Reneau knew she needed to do something quickly to help them.

A recent Harvard graduate and mother of 11 children, Reneau initially met the girls on the country’s prestigious robotics and engineering team back in 2019 through her work on the board of directors for Explore Mars.

“In 2019, at our annual Humans to Mars Conference, we chose to fly the Afghan Girls Robotic Team to the conference,” Reneau explained to TODAY Parents. “As a mother of nine daughters and two sons I immediately connected with the girls.”

As reports of a Taliban takeover continued to grow, Reneau grew increasingly frightened for the girls’ safety and well-being. Feeling helpless, she racked her brain of what to do.

“I didn’t know where to start, but I couldn’t shake it,” Reneau said.

It didn’t take long before she began reaching to whoever she knew that might be able to help. She called Oklahoma senator Jim Inhofe, because of his leadership position in the Armed Services Committee. When that connection led her to a dead end, Reneau then thought about the option of flying to Qatar to get the girls out of the country herself.

“I decided that Monday, I’m just going to fly to Qatar — like a leap of faith — and see what I can do,” she said.

She was all prepared to go, when she suddenly remembered last-minute another resource that could potentially help her with her mission.

“I remembered my former roommate in D.C. a couple of years ago was transferred to Qatar,” Reneau explained. “She said she worked in the U.S. Embassy in Qatar… she was sure her boss would approve helping the girls.”

Immediately, Reneau and her friend got to work, filling out all the necessary paperwork and compiling the girls’ passports and information into packets that would help them flee Afghanistan.

It wasn’t easy though. With the mounting pressure in Kabul and 8 million people also trying to escape the country, there were many roadblocks that stood in the girls’ path, and time was running out.

“It’s very narrow window of opportunity,” Reneau explained. “I knew that if I didn’t run through that door now — it’s now or never. Sometimes you only get one chance.”

After getting the girls over to the U.S. military side of the Kabul airport and a cancelled flight, ten girls from the team were successfully evacuated. But it wasn’t until Reneau received the text message that the girls were actually airborne that she finally celebrated.

“All the emotion, two weeks of work for them, it hit me all at once,” she said.

The girls were safely transported to a secure location, where they will be able to continue their studies and pursue higher education.

Currently, Reneau and a team of people in the Middle East are still working to help 25 additional girls from the robotics team, as well as their mentors, leave Afghanistan.