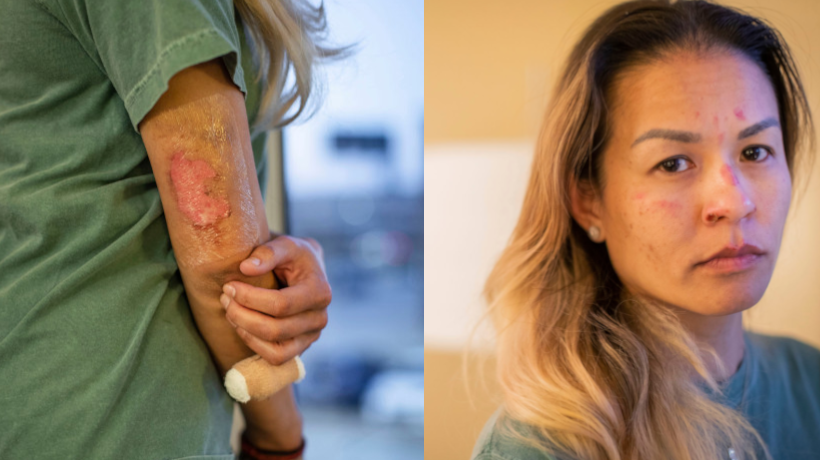 Texas mom recalled “screaming” her tragic kids’ names as they burned to death in a house fire amid the widespread power outages last week.

Her mother came to Nguyen’s home about five miles away when the power at her own house went out. Blackouts rolled across Texas last week following the historic winter storm that sent temperatures plunging.

“We thought we were really lucky because we still had power until the early evening,” Nguyen said.

According to Nguyen, the close-knit kin gathered around the fireplace and played card games before turning in for bed at around 9:30 p.m.

“Tucked my kids into bed and really the next thing I know I’m in the hospital,” Nguyen stated. “A few hours later the fireman and a police officer came and said that no one else made it.”

Nguyen’s memory from that horrifying night isn’t fully clear, but she does remember not being able to get to her children’s rooms on the second floor and yelling for them as the fire raced through their home.

The fire department arrived around 2 a.m. — and the mom-of-three “had to be physically restrained from running back into the house,” said Sugar Land spokesman Doug Adolph.

It took more than an hour to get the blaze under control.

“My heart is broken,” said Nguyen, who suffered burns to her hands. “I’m never going to be the same.”

Authorities are now working to determine the cause of the deadly inferno — but Adolph said the family had posted on social media about using the fireplace to keep warm.

“We can’t say for sure that was the cause of the fire. We just don’t know yet,” he added. “It’s possible that the investigation may never identify an exact cause.”

Sugar Land had been without power for at least eight hours, he said.

“I’m just really focused on all this final arrangements because this is the last sort of thing I’m going to do for my kids,” the mom said.

She remembered her beautiful children as “phenomenal, amazing, little badass humans” and noted that Olivia and Colette — who went by the nickname Coco — had consecutive birthdays on March 27 and 28.

“Colette is just a little firecracker and she has so much charisma,” Nguyen said. “She also, as a 5-year-old, had that level of confidence. She was never afraid, totally unapologetic, not intimidated.”

Her son, Edison, was a “sweet boy” who was obsessed with modern art and architecture.

“He just had a very deep appreciation for any visual aesthetics,” Nguyen said. “So kind and so caring and so thoughtful. … You wouldn’t think an 8-year-old had that level of depth.”

Meanwhile, Le, a refugee from Vietnam, dedicated her life to her grandkids.

“My parents did everything for their kids, like, as immigrants, and coming to this country and then, that love that they gave me, it was tenfold when it came to the grandkids,” Nguyen recalled.

Nguyen said her mom never stayed the night at her home — even during Hurricane Harvey, but as fate would have it “for some reason that day she decided to come over.”

“I just feel like she was always schlepping the kids around, too,” she added, “so maybe this was her last sort of thing, and you know, ‘Ubering’ the kids up to heaven.”

A GoFundMe page has raised more than $315,000 as of Monday morning.