10 Words Men Should Never Say Around Women (Ever!) 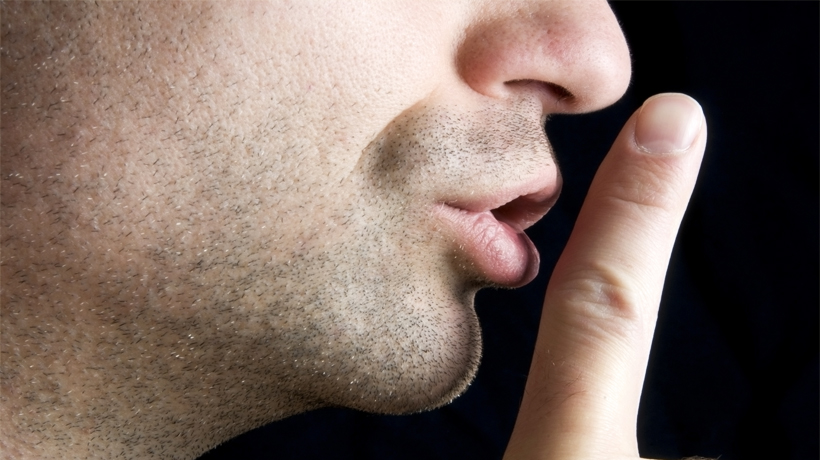 Don’t panic! We’re not talking about profanity here. But on that note, as a blanket rule regarding profanity, every man should talk to every woman with the same respect and decency that he would want others to speak to his mother, wife or daughter. Make of that what you will.

“Calm down”
Don’t. Just don’t. Why? Because it implies the woman is being hysterical and overreacting. Instead of ‘calm down’ maybe say, “What can I do to better understand what’s upsetting you right now?”

“Honey/Sweetie/Sugar/Sexy/etc.”
Why in the world would you reduce anyone down to an oppressive, outdated stereotype? Women have been struggling a long time to be taken seriously; terms like these are just demeaning. So what do you call a woman? Try her name.

“Bossy”
A woman who is not afraid to speak her mind or take the lead on something isn’t being “bossy,” she’s taking the lead, accepting responsibility and leaning in. What do you call a woman like that? You call her a leader.

“Chubby/Chunky/Cow/Blimp/Whale/etc.”
This is an easy one – it’s a universal rule. Don’t comment on a woman’s (or a man’s) weight or body type. You are reducing her down to a physical body, taking focus off of the complexities of her mind and the power of her spirit. Even if she has a figure worth complimenting, just stay away from doing that.

“Moist”
This one was a surprise to me. I’ve never used it. But a psychologist who surveyed 2500 people revealed “moist” as the most hated word by the women surveyed. It tends to get paired with disgusting functions. Women don’t hate “hoist” or “joist,” so it’s not the sound; it’s the association.

“Squirt”
Women report hating this word, and the psychology study team that ran this survey suppose it is because it is unpleasant slang for the female orgasm. It conjures similar imagery to “moist.”

“Panties”
Don’t refer to a woman’s undergarments as panties. Why? Because little girls wear panties; grown-ups wear underwear. Men who use it run the risk of sounding like a creep. “Underwear” guys. Underwear.

“On the rag/Your red-headed auntie/Angry beaver/Shark week/Crimson plague/Getting your oil changed/etc.”
Look fellas … women menstruate, get over it. I’m not saying you should never talk about her menstruation—sometimes it’s a valid topic of conversation—but don’t be gross.

“My ex was <insert something positive>”
If you have to mention your ex, do so at your own risk. No woman wants to be compared to someone you once were with and certainly doesn’t want to be told that this ex of yours did this or that better. Them’s fighting words.