11 Surprising Facts About Meghan Markle You May Not Know 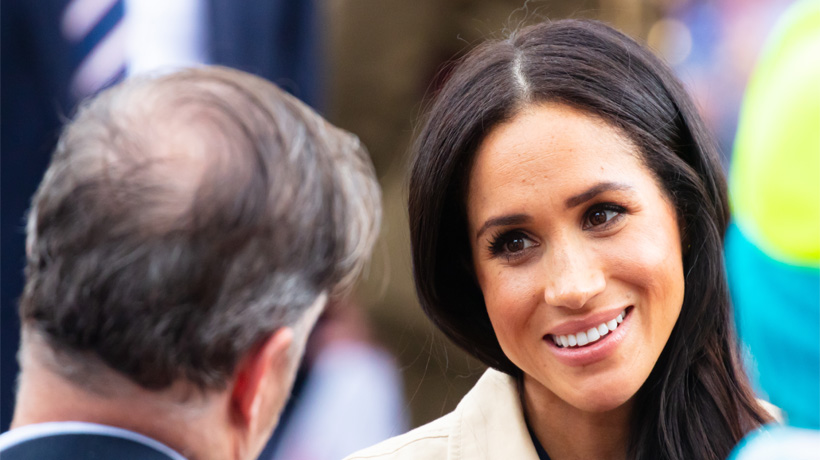 Meghan Markle has been a member of the royal family for over a year now, and we’ve probably learned more about her in that time than Prince Harry ever could. But even with what seems like textbooks upon textbooks of readily-available information about the Duchess of Sussex, there’s probably a thing or two we still have yet to learn.

With that being said, here are fifteen fun facts you probably didn’t know about Meghan Markle.

She and Harry are distant cousins
Last October, the Daily Mail reported that these two lovebirds are actually (very distantly) related. Their full family tree reveals that they share a common ancestor from 15 generations back. His name was Ralph Bowes (1480-1516), and he was an English landowner who lived in Streatlam Castle in County Durham.

She has been an activist since childhood
At just 11 years old, Markle wrote a letter to Procter & Gamble, an American consumer goods corporation, after being outraged about a commercial that implied that only women do dishes. She asked them to change their advertising rhetoric – and they did!

Her engagement ring was designed by Prince Harry
To pay tribute to his late mother Diana, Prince Harry designed Markle’s ring using two diamonds that once belonged to her. However, the Duchess recently tweaked the piece by lining the formerly-yellow gold band with small diamonds.

She used to have her own blog
To preserve their image and avoid making potentially taboo public declarations, royal family members are not allowed to have their own social media accounts. This why Markle had to delete her personal lifestyle blog, The Tig, upon marrying into the family.

Meghan is not her first name
This former actress was actually born “Rachel Meghan Markle,” and ironically, rose to fame for playing a character with the same first name!

She was briefcase girl on Deal or No Deal
Before she was a famous actress, Markle had to find creative ways to make ends meet. In so doing, she became briefcase girl #24 on Deal or No Deal. Apparently, she never had the “lucky case,” and would always stand on stage in terribly uncomfortable shoes just waiting for someone to pick her number so she could sit down.

She was the most googled actress in 2016
Despite the fact that Markle only started making major headlines in or around October of 2016, news of her becoming Prince Harry’s new girlfriend gave her the number one spot in the “googled actresses” category.

She started doing yoga at 7 years old
Because her mother was a yoga instructor, Markle began practicing at a very young age—at seven years old, to be exact! However, she struggled with her commitment to the craft, and only became a serious yogi during her college years.

Ellen DeGeneres convinced her to adopt dogs of her own
When at a dog rescue shelter in Los Angeles, Markle ran into Ellen DeGeneres, who reportedly pointed to the pup Markle was looking at and told her to “rescue the dog!” Needless to say, that’s exactly what the Duchess did.

She’s good friends with Serena Williams
Since first hitting it off at a Super Bowl party in 2010, Markle and Williams have been the best of friends. From Wimbledon to Royal Wedding, these two have been there for each other through thick and thin.

She used to make wedding invitations for celebs as a side hustle
Among Markle’s many interesting talents is a true calling for calligraphy. The Duchess has incredibly neat penmanship, and even used to hand-design wedding invitations for celebrities (such as Robin Thicke and Paula Patton). She jokes that this was her “pseudo-waitressing” job while she was trying to make it big as an actress.