5 Co-Workers from Hell: How to Deal 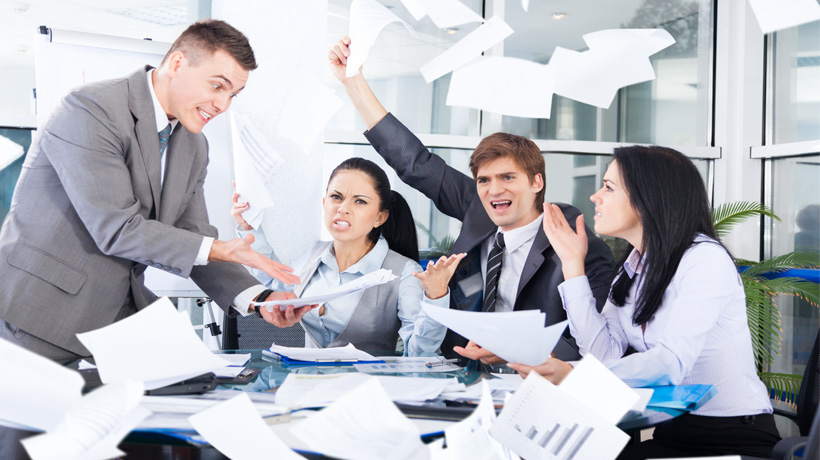 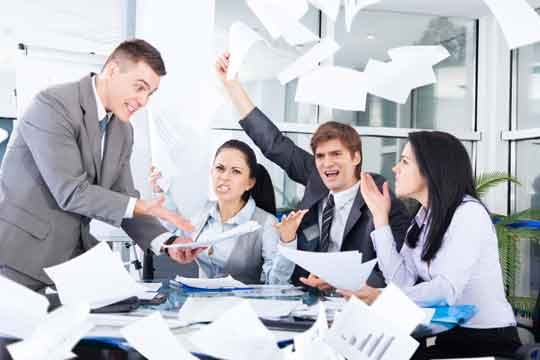 If you’re lucky, you got to choose your job, and maybe even your boss. One thing you can’t choose, though? Your co-workers. And unless you’re lucky, or maybe just extremely tolerant, chances are you’ve dealt with a few who can be more than difficult.

Here are the five most hellish types of coworkers, and how to handle each and every one of them:

No matter how bright and sunny it is, the pessimist can find the dark, dreary rain cloud and somehow will it to rain on your parade. To a pessimist, dealing with negativity is impossible, but we know that’s not true. Positivity is contagious, so just looking on the bright side may get them to see the sunny side of things. Positivity alone is not always enough, though, so try to focus on problem solving when dealing with the pessimist. As soon as you hear a complaint, offer a solution. Even better, help them come up with one. A little problem solving may just be the solution.

Wherever you go, whatever you do, the clinger will be right there waiting. Despite your best efforts to be sneaky, you can’t seem to evade them. Often, the clinger just wants your attention and approval. It’s likely they look up to you as a mentor, so if that’s a viable option, perhaps you should offer to be one. Setting aside time for actual mentoring may be just what they need.

If not, it may be the case that they just need some friends, so introduce them to other people in the office. And, if it’s really bad, kindly decline to stay and chat and say you need some personal time. Break the fall by inviting them for a happy hour or other event, if you can.

Blah, blah, blah… by now, you’ve tuned out what they have to say. Why won’t they just get the hint and shut their mouth? If you’re dealing with an overly chatty coworker, sometimes the best solution is to set up a barrier. Try getting headphones to tune them out, shutting your door if you have one, or getting a small curtain to hang up at the entrance of your cubicle. If they still don’t get the hint, kindly remind them that you’re working on a project, but that you’d love to chat later. You may want to say something like, “That sounds interesting! I’d love to hear about it later, right now I’m trying to work on XYZ project. Want to catch up at lunch?”

We’ve all worked with a slacker, whether it was in college or in the office. The trick to dealing with someone who isn’t pulling their weight is to offer good feedback, both positive and constructive. When giving constructive criticism, use positive language and focus on the action rather than the person. It also helps to suggest action and make it a two-way conversation so the slacker feels they have a part in the decision to change their behavior.

To start, compliment something that they do very well, and be specific in doing so. Then, focus on the behavior and not the person when bringing up the problem. Rather than saying “you aren’t,” try something like “I noticed.” Offer a solution, either by sharing something that works well for you, or a suggestion you may have. Finally, don’t forget to make it a two-way conversation. You may want to gently ask if there is something that’s making it hard for them to meet their objectives, or if there’s anything you can do to help them achieve the stated goals.

The oblivious one often brings in smelly lunches, chats too loudly on the phone, and coughs without covering their mouth. Their mannerisms may easily be confused as a lack of manners, but usually the oblivious one is just that: oblivious. In most cases, simply bringing the problem to their attention should suffice. If you’re dealing with a smelly-lunch eater, try something like: “That looks so good! Did you make it? …Yumm. I’m not sure why, but I have a super sensitive nose, and strong smells like that make me a bit dizzy. If you have time, would you mind eating it in the kitchen?” Voila, problem (hopefully) solved.