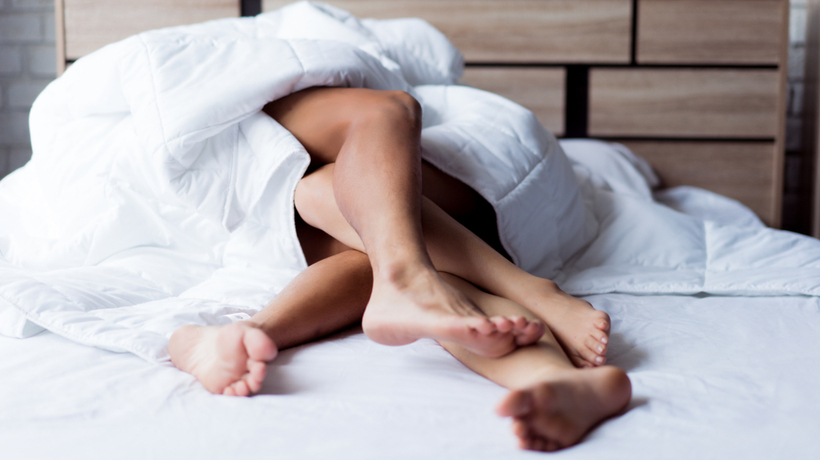 When it comes to intercourse and the body, each person responds differently. If you decide to be intimate with a partner, it can be beneficial for you both not only mentally, but physically as well. According to research, here are a few health benefits to having intercourse:

According to Dr. Pamela Rogers, sex can be seen as a form of light exercise that can burn calories as well as reduce the risk of heart disease, stroke, and hypertension. Registered Nurse Nicole Galan says that sexually active women usually have a lower risk of cardiac events later in life. However, it comes at the expense of a male partner, who can increase his risk of cardiovascular events by being super sexually active.

Believe it or not, each piece of the body has its own line of defense against toxins, bacteria, etc. As far as intercourse goes, that line of defense is known as an immunoglobulin (IgA). “IgA is an antibody that lives in the mucosal tissue, such as the salivary glands, nose, and vaginal tissue,” says Galan. Research that Galan found states that it is very possible that people who have more sex have more IgA, but that each person’s IgA levels work differently.

Can’t get a good night’s sleep? Try some physical intimacy. Dr. Rogers says that during intercourse, the body releases a chemical called oxytocin, also known as the “feel-good” hormone. Combined with the endorphins released during orgasm, oxytocin can work to form a feeling of warmth and sedation. The same goes for stress relief. Galan says the combination of hormones released during intercourse, or just any form of intimacy, can reduce stress levels and calm the body.

Have you ever heard someone say you were “glowing” after sex? According to Dr. Rogers, frequent sexual activity can leave you looking younger and refreshed. “…whether with a partner or alone, this is partially due to the release of estrogen during sex,” Rogers says. Dr. Cirino says that on top of all the chemicals that work together internally to make you feel invigorated, intercourse can boost your self-esteem.

Like mentioned before, a study that Galan found concluded that women who were satisfied with their intimate lives were less likely to have high blood pressure. However, the results were not the same in men. Galan found that according to the American Heart Association (AHA), men with higher blood pressure can be affected in both the libido and erection categories. Depending on age and blood pressure levels, Galan says you should make an intercourse schedule that protects your health.