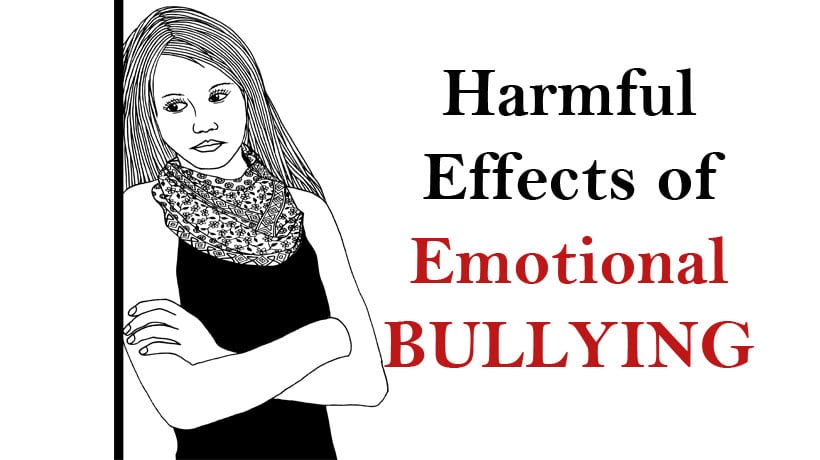 You escaped. You left a toxic environment. You feel free – except, you’re not. You first sense it your third week at your new job. Your boss snaps at you, or so you think. You freeze. Your boss doesn’t notice, but your coworker does.

“What’s the matter?” she asks. Your voice shaking, you say, “He barked at me.”

A month later, after this scenario repeats multiple times, you arrive at an inescapable conclusion. You’ve dragged your past with you into your new job. What psychological effects can you expect when you’ve been tormented by a bully?  As a social psychologist who’s researched bullying, I offer the following:

They get into your mind
A bully’s taunts lodge in your mind.

“You certainly made a mess of that,” the bully says and you wonder, “Did I?”

The bully’s words attack you at a deep level, changing the sense of who you are until you believe there’s truth to their disparaging claims.

Creates future fear
Long after you leave a bully’s presence, their influence hangs on, like an invisible but tensile spider web.

“My mind went immediately to the fear I’d lose my job,” said Janis. “When my new boss and I had a minor misunderstanding, it felt like a replay of what had happened in my last job. So when my new supervisor and I had a simple miscommunication, it felt like the beginning of the end.”

Once you’ve been burned, every unlit match looks like a fire.

Distrust
If you’ve always felt that most people are essentially well-meaning, bullies deprive you of that belief. While most people strive for win/win interactions, bullies function according to a different operating style. They seek to win and don’t mind you losing. In fact, they prefer it if it helps them get what they want.

Reactivity
For two years, Margaret worked under a bullying manager. On the surface, she appeared calm and received regular kudos for her even-keel persona. Every night, however, she drove home with headaches. Once, she arrived in the emergency room thinking she’d had a heart attack, only to learn she’d had a full-blown panic attack.
When her supervisor finally retired, Margaret breathed a sigh of relief, until, at the end of the first week, she found herself blowing up at an employee. Her explosion shocked her, and after three similar blow-ups, she sought out a psychologist who told her the truth.

“You’ve been holding it in for so long, that those buried feelings have now surfaced. It will take a while for your emotions to even out.”

Isolation
When she crossed Georgia, Kim knew she’d pay for it. Few dared to tell Georgia “no,” but when Georgia asked for 20 dollars from every employee to throw a baby shower for Georgia’s best friend on staff, Kim said, “I’ve already gotten her a present and don’t have a lot of extra cash, but I can give you five dollars.” Georgia’s hostile look scared her but Kim stuck to her guns.

The next day, however, when Kim went into the break room to have lunch with the rest of the staff, Georgia shot her a look as hostile as a knife.

Kim got the “I don’t want you here” message and took her lunch to her workstation.

Georgia repeated the “you’re not invited to sit with us” look multiple times in subsequent weeks until Kim accustomed herself to eating at her desk. With each passing week, she felt less and less a part of the team.

Has a bully trampled you? Here’s the horrid truth. The psychological damage from being bullied doesn’t go away just because you’ve escaped the bully’s immediate presence. It lingers.