5 Shady Behaviors to Watch out for (Believe What He Does, Not What He Says) 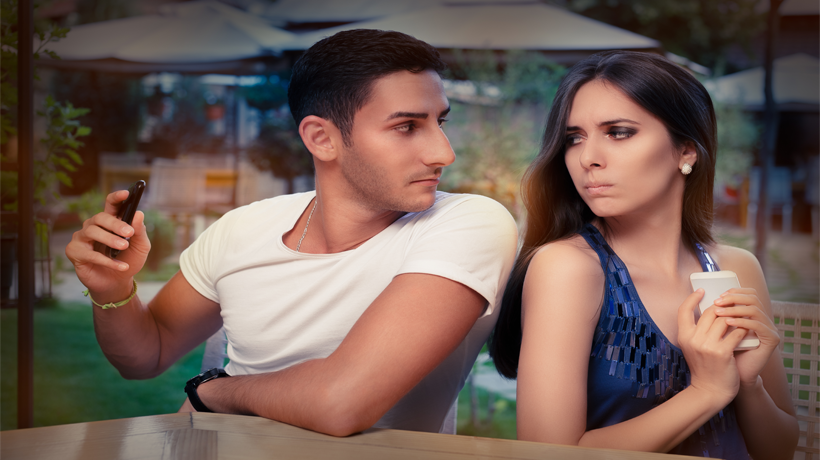 It can be easy to overlook tell-tale signs of a shady boyfriend when he seems to be a good guy – you don’t want to assume the worst when he’s so different from the jerks of your past. But there might be a devil hiding under his halo, so be sure to watch out if he exhibits any of these five behaviors.

Spending too much time with other girls
A lot of guys have a core group of female friends – their friendship probably molded him into the man he is today. While it’s fine for those girls to exist, you need to keep an eye on the situation if he starts spending more time with them than with you. If it doesn’t seem like you’re the most important girl in his life, he might be using them as an ego boost and for “harmless” flirting. You know better: it’s not harmless – it’s shady.

Spending too much time with his guy pals
In contrast, it’s also important to take note of how much time he spends with his male friends without you. Part of his charm is understanding that you need to hang out with your girls on your own, so it’s only fair that he gets some nights to himself too. But if you find yourself spending multiple date nights alone because he’s too busy watching sports with his friends, you’re probably not a priority in his life and this is his way of shadily making that known.

Constantly checking in
The best boyfriends take an interest in what you’re doing with your life and want to know about your day. But there’s a fine line between a guy caring about your day and a manipulator controlling your schedule. If he’s hounding you for every little detail about a Sunday afternoon brunch with your mom, he’s being overly possessive and shady.

Going overboard with the PDA
The overly possessive guy’s brother is the jealous one, and he can be just as shady. Classic “jealous boyfriend behavior” involves showering you with public displays of affection and big proclamations of love. While the gifts, Instagram posts and flowers at work may feel sweet and endearing at first, they could be a tactic to ensure the men around you know that you’re taken. There’s nothing endearing about coating your sweet gestures in shade.

Apologizing too quickly
Guys may be mature enough to admit when they’re wrong and apologize, but it could be an issue if it’s happening more frequently than it used to. If you know that you were at fault for the argument and he still takes the blame, he could have a guilty conscious and is trying to overcompensate for his shady behavior. Take note every time he undeservingly throws himself under the bus.