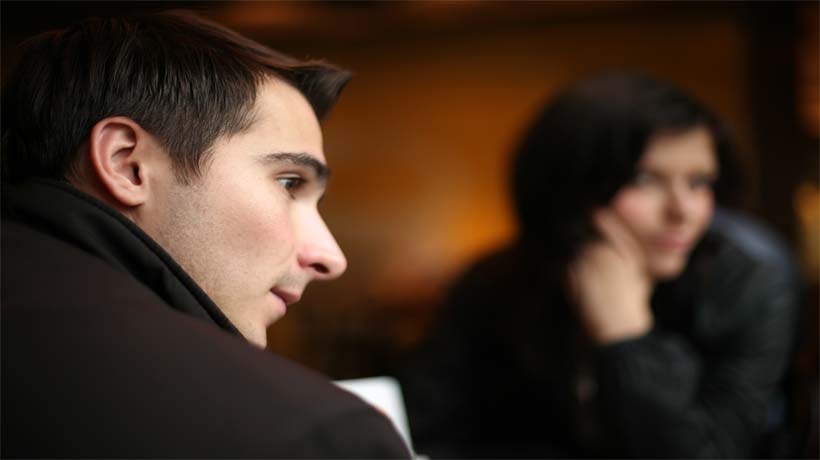 Relationships are great, but sometimes we become so blinded by the love we feel that we don’t see how someone is actually treating us. Take note of these five signs that you’re being taken advantage of and learn how you can stop them.

He never says “thank you”
It’s one of the first things we all learn as children – the “Magic Words.” But for some reason, your partner seems to have forgotten how to say them. It’s irritating to spend the day doing chores or help make life easier for him without receiving acknowledgment or appreciation in return. If this is happening, confront it head on and tell your partner how you’re feeling. If his actions don’t change, it might be time to reevaluate.

He tells, rather than asks
He always seems to tell you what the two of you should be doing, rather than ask for your opinion on how you’d like to spend time together. This can be really frustrating. It might make you feel like an afterthought in his life, one he simply expects to follow along. To combat this, try to plan some trips or activities for the two of you well in advance. You will bond through the planning process together, and you’ll get a say in what you both do for a change.

He thinks of you as his “cruise director”
The converse to this can be just as bad – he never plans anything for the two of you and simply relies on you to make every decision. No matter the form it takes, a partner who doesn’t make an effort to plan for the both of you is simply riding through the relationship. Try letting him take the wheel on the next big outing. The first time he realizes that he needs to step up, he’ll do it.

His conversations are one-sided
Part of being in a relationship is being invested in what is going on in your partner’s life. Which means listening and caring about conversations regarding their day. If it feels like all you ever talk about is what he’s up to or how his day was, he doesn’t care about you the way you care about him. Try gearing the conversations in your direction every so often and see if he follows suit. It might make him realize he doesn’t know enough about his partner.

He’s cheating on you
While it is the most extreme form, him cheating on you still means he’s taking advantage of you. He is telling you that he doesn’t value you enough to resist the impulse to be unfaithful, and there’s nothing you can do about it. The only way to stop this is to utilize tough love – you have to leave him. You are worth so much more than a boyfriend who doesn’t value you, so don’t put up with anything less.