5 Signs They're Lying and Can't be Trusted 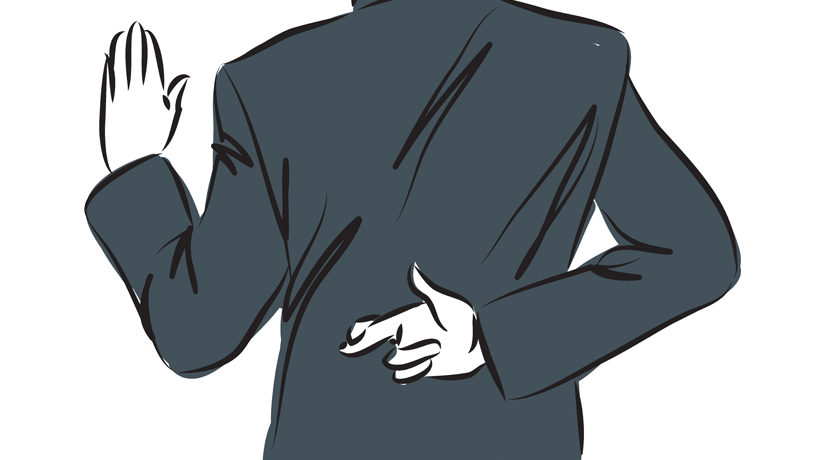 People lie, cheat, steal, and deceive. Some people do it a lot. Can you trust someone who routinely twists and reshapes the truth? Well, that is up to you, but here are some things to consider if you feel like you may have given your trust to a liar.

Lots and lots of little white lies
White lies are not just not-bad, they’re important. If we all told the truth all the time we’d hurt feelings, offend, and expose our vulnerabilities. But the liar finds pleasure in falsehoods, even when the situation doesn’t call for it. They are compelled to be untruthful and tiny lies just roll out effortlessly. It can be a sign of a deeper problem.

Acting distant or defensive
When we hide something from someone it makes us uncomfortable. Has someone in your life withdrawn from you or started acting nervous or defensive? Do you find them acting shady when they think you don’t notice them? Please don’t be paranoid, but they may be hiding something from you. Don’t always assume the worst, but it could mean something is happening they don’t want to share.

Stories change
The act of lying engages the mind and imagination of the liar. There is a good chance that the stories they tell will change because the stories evolve in their minds to satisfy different wants and needs.

“I swear by the Gods”
It’s rarely a good sign when someone starts swearing oaths upon higher powers when they are trying to convince you of their honesty. The word from on high, regardless of which religion we’re talking about, suggests that using the gods as proof of honesty doesn’t end well. So if they’re getting religion, you might be getting scammed.

Someone asked: Should you trust your gut?
The best lie detector in the world is your gut, right? Well…. Psychological research shows that humans can intuitively detect lies only slightly better than a coin flip. If you are feeling deceived you might be right, or you might be wrong. If you are in a caring relationship, talk about it.

All of us tend to believe what we want to believe. Is that good or bad? Humans lie and deceive – I do it, you do it – it’s in our nature, which is why trust is so valuable; because it is fragile.