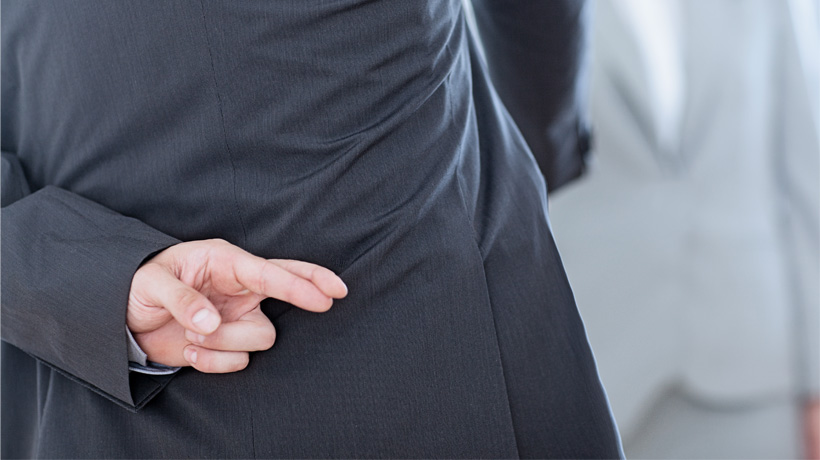 We want to trust our bosses. They’re supposed to be the ones who guide us through our work — people we can turn to when things get tough and we don’t know what to do. Unfortunately, not all bosses are people that we can rely on. Here are five signs your boss isn’t a good one — and what you should do about it.

1. You hear them talking badly about other workers in the office. This means they’re probably talking behind your back, too. If your boss is willing to say stuff about other coworkers, either within your earshot or to your face, it means they probably won’t hesitate to do the same to you and others. This shows that they obviously don’t care about anything you’ve told them in confidence, or about the feelings of their workers.

At the very least, make sure you don’t tell your boss anything that you don’t want everyone in the office to know about yourself. Try to find other people to ask your work questions if you’re having trouble with something. You definitely want to avoid giving them anything that can be shared with someone else. Also, don’t indulge in his gossip. If they try to get you in on the badmouthing, switch the topic.

2. They take credit for work that you or other workers did. You want to feel honored when your boss assigns you to a special project. Then you get to the day of the presentation and the boss makes no mention of you or any of the other people who put work into it.

Unfortunately, there’s nothing you can do right then. But now you have to have a plan for the next time they try to do that. Keep a little bit of your extra facts and research to yourself and make sure you pipe up with those during the meeting or presentation. This way, people will look to you as an expert on the topic.

Also, be careful how you bring up new ideas and work with your boss. If you bring it up in front of a bigger group, they’re less likely to take credit for your ideas.

3. They leave out important information or outright lie. For example: you go into a meeting and your boss specifically says it isn’t a disciplinary one — only for you to later find out that it is. Or they don’t tell you that all of your higher-ups are going to be doing an audit of the store that day.

Make sure you have a paper trail documenting any of these instances — out of reach of your boss, of course. Some of these things could toe the line of being considered lying or just being sneaky (the latter is still within their rights), but if it’s something serious that happens often, you’ll want a log.

If things are bad enough and you’re willing to put your job on the line, take it to HR or your boss’ boss.

4. They make you feel uncomfortable. Sexual harassment in the workplace happens way more often than it should. And it might be difficult for you to establish if it’s really harassment. If you’re seriously uncomfortable being alone with your boss, it’s a problem.

Document everything you can and be as specific as possible. Your job may be on the line for reporting this to HR, but you don’t know how many other people have been affected. It’s important that this gets reported.

5. They keep promising promotions — and never give them. Nothing is worse than getting excited for a promotion and then never getting it. This is another thing you need to make a specific log of. Include dates, times and the exact wording they used. They may say things about changing your title and not actually mean a raise. Have a difficult meeting with them and say exactly what you expect from what they said to you. Don’t take this sitting down — stand up for yourself.

Dealing with an untrustworthy boss is hard, but you have to take action and make things right. If it gets bad enough, it’s time to switch jobs. No job is worth dealing with an absolutely horrible boss.