5 Signs You're Involved With a Narcissist 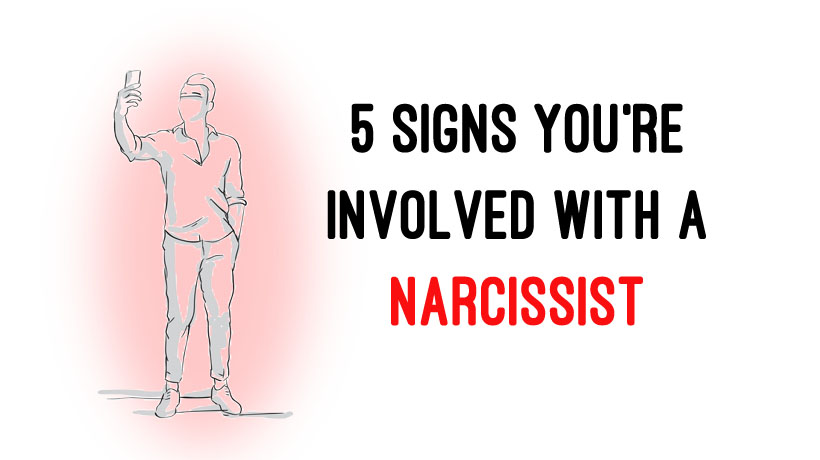 He dazzles. He charms. Before you know it you’re involved hook, line and sinker. The ugly truth: he’s so in love with himself he can’t love you. He’s entitled, exploitative and doesn’t even care he’s hurt you. Because he wants more admiration than any one woman can give, his faithfulness to you lasted only long enough to tie your heart into knots and then break it.

Months later after you patch your heart back together, you promise yourself to never again be fooled by a swashbuckling narcissist. Except – how do you recognize the narcissist before you give your heart away?

Narcissists crave the limelight, expecting others to idolize and applaud them. When you’re out with them, they dazzle, making you proud to be the one they chose. Then the underside shows up.

Narcissists’ hackles go up when others receive praise or attention. As a result, they gun for popular individuals, peppering your ear with snarky comments about others. Worse, they react angrily when they don’t receive the nonstop attention they consider their birthright.

Narcissists believe they can do no wrong.  Because they view themselves through rose-colored glasses and insist you do so as well, they can’t take criticism or comments that challenge them. They so badly need to look good and if you don’t share their views, they react vengefully.

Narcissists play by their own rules, breaking them if/when they choose. Because they see the world through a lens of “me and only me,” your attempts to get them to see things from your side or to react with empathy to your concerns fall on deaf ears.

Narcissists want to exert power over everyone in their vicinity, and as a result, they first cozy up and then manipulate. When in the wrong, they won’t apologize but instead justify their behavior as an example of strength. Give them an inch and they become your ruler.

Finally, and this may be hard to hear, but that daring quality that so thrilled you in the beginning? That flashing, charismatic boldness is a strong clue you’ve found another narcissist, and need to walk away.