5 Types of Prejudice and How to Take Control 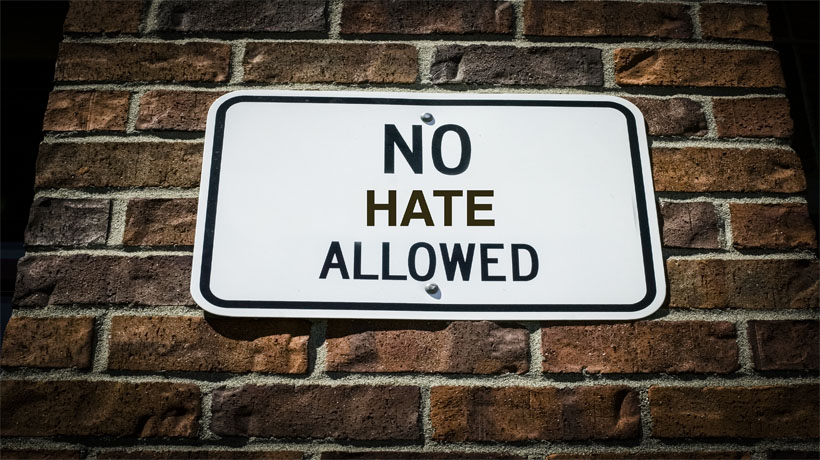 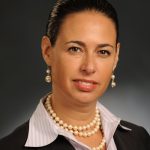 In today’s environment, it seems the -isms are still very much alive. By -isms, I am referring to sexism, ageism, and racism. While we are at it, let’s add sexual orientation and religious prejudice to the list of things to be discussed. Each of these issues could take up their own standalone thesis, but here’s a start. Sexism is a prejudice or discrimination, typically against women, on the basis of gender. I believe that sexism is still prevalent because too many people are complicit in it. I don’t believe that people condone it, but by not speaking up (whether as the offended or the witness) people are allowing the issue to be “normalized.”

If someone calls you honey, babe or any other name attempting to make you feel or appear inferior, feel free to respond by saying, “My name is xxxx, not hon.” You can also do this if you hear another woman called by some ‘pet’ name by saying, “Her name is actually xxxx, not babe.”

If someone interrupts you in a meeting, it is OK for you to say, “Excuse me, I haven’t finished yet” or “I’d love to hear your thoughts when I’m finished.” I implore women to speak up for other women in this situation as well. When I see another woman being interrupted, I make it a point to state, “I am interested in hearing the rest of xxxx’s thoughts” or “xxxx wasn’t finished; let’s pause your point until she has.”

When men ask me how they can help, I tell them to challenge themselves to gain equal representation from genders. For example, if men are speaking up in a meeting, specifically ask one of the women what her thoughts are on the issue. If in a hiring position, ensure that you have qualified female candidates as part of the interview process. If you are only familiar with the male candidates, ask colleagues and other employees for referrals.  Women can also play a role by introducing female candidates into the mix. On many occasions where I have done this, it has led to the female being hired because she was the most qualified candidate while the male interviewer simply didn’t know about her prior.

Ageism refers to prejudice or discrimination based on age. Sometimes you see this in the form of an older person not being given a job because someone thinks they are too old or too close to retirement. Sometimes you see this in the form of a candidate not being hired or promoted because someone deems them too young, despite their experience. If you believe age played a role against you it is OK to ask someone to provide examples of why someone else was the best candidate for the job. This provides valuable feedback to you but also provides insight into whether it was age-related or not. I am proud to say that I have both millennials and baby boomers on my team. The diversity of both age and gender makes us stronger and provides a broader perspective. Also, never assume that because someone is older that they are weak. I have been put to shame on more occasions than I’d like to admit by someone older than me beating me at tennis, a race, an exercise class, etc. Age is a number. Unless there is a legal issue because of it, we should never limit someone because of their age. I have heard colleagues make the statement,“Oh, he is terrific and would be awesome in the next role. BUT, he’s really young. I don’t know if he can do this job at 25.” Yet, when pushed, they admit that they could have done the job at 25 (or were doing a similar job at 25), not to mention that the only thing keeping them from making the decision was the age. The skill level and experience were spot on.

If you are a lesbian and someone asks whether you are married or have a boyfriend, it is OK for you to say, “Yes, I have a significant other and she is great” or “Yes, I am married and my wife’s name is xxxx.”

As a heterosexual woman who hires many people, I make it a point to ask more open questions to create a comfortable environment for all. For example, I might ask an employee if they have a spouse or a partner instead of whether they have a husband or boyfriend (or wife or girlfriend). This allows them to answer in a manner that is most comfortable for them and includes them in the conversation.  Oftentimes, someone of a different sexual orientation will not necessarily admit that they have a same-sex partner if they believe it won’t be accepted. Leaders have a responsibility to include them and can do so by using our choice of words to create an environment that reinforces our interests in them as much as our interests in our heterosexual employees.

Religious prejudice relates to negative attitudes or behaviors towards people of different religious groups because of differing beliefs and practices. Let us not forget that the world is full of them. As a Jewish woman, I have worked at my fair share of companies that decorate solely for Christmas and send holiday greetings that say, “Merry Christmas.” While there is absolutely nothing wrong with Christmas, we must be respectful of workforces filled with different people. It is easy for a company to acknowledge all religions simply by stating “Happy Holidays” or “Season’s Greetings” during the holidays if they are unsure whether an employee celebrates Christmas, Hanukkah, Kwanzaa, etc.

In addition to the December holiday season, we need to be respectful of holidays outside of this season that companies don’t typically give off (as they do for Christmas and Easter). For example, we allow our Indian employees to host a Diwali celebration every fall. We value learning more about the food, traditions and customs of this celebration. We also created a prayer space for our Muslim partners so that they didn’t have to pray under the stairwells. Be cognizant not to schedule important meetings on the Jewish High Holidays. If you don’t know about other holidays or the dates, Google is your friend. In addition, asking people to share more with you about their beliefs and religions is ok as long as you are truly interested in learning as opposed to using this information against them. In addition, we should not make employees feel guilty about taking time off for their holidays. Outside of the Christian holidays, other holidays are not provided as paid days off. Therefore, I take PTO to celebrate the Jewish holidays. That is my choice. I do not need to be made to feel like I am taking a day off that is inopportune for someone or having you schedule a meeting on those dates. This does nothing but send the message that my holidays don’t matter and only yours do.

Racism is a prejudice or discrimination directed against someone of a different race based on the belief that one’s race is superior. In today’s society, we have seen blatant examples of racism. These can occur as in your face acts of violence or slurs towards someone because they are a different race or they can be more subtle attempts to belittle someone such as a person making a reference that implies the person of the different race is less than.

While some people may have only been exposed to their own race, we must never believe that our race is a superior race. When hiring, we must pause if we find ourselves making decisions based on a color bias and turn ourselves back to looking at qualifications and skillsets. When you hear someone being called a slur or name, I encourage you to step in and say something. Simply because the name calling didn’t impact you is no reason to allow someone else to behave poorly. A recent example included the two black men at Starbucks who were arrested. It was alleged that these two men were arrested because they hadn’t yet purchased anything since they were waiting on a third person yet asked to use the restroom. As they were simply sitting at a table, the police were called and these two men arrested. Had it not been for a man who asked why they were being arrested and a woman who had videotaped the incident, along with stating that she was white and had never been kicked out of a Starbucks for not buying anything, these men wouldn’t have seen justice. However, someone else spoke up and outraised awareness, causing Starbucks to better train their employees.

In any of these five cases, you should never make assumptions or decisions simply because someone is different from you. We tend to lead by the “beliefs” that are tucked away in our personal backpacks. So much so that we often assume that everybody else’s backpacks contain the same beliefs, opinions and items. This is not the case. Each of our backpacks is filled with our own experiences, backgrounds, exposure levels, opinions, etc. We may not always agree with what is in each other’s backpacks but to be better people and better leaders, we must be open-minded enough to look into someone else’s backpack and understand what is in theirs. You might just learn something.