5 Warning Signs of an Ovarian Cyst That Could Become Dangerous 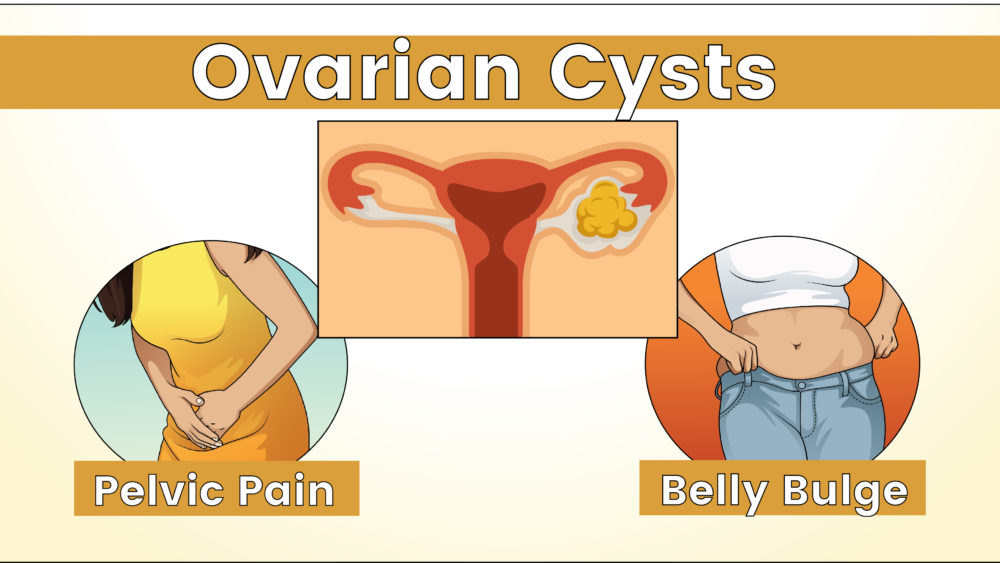 Ovarian cysts are fluid-filled sacs formed in the ovary, according to Office on Women’s Health from the US government. They usually form during ovulation, which is when the ovary releases its egg. The cysts are usually benign, and many women with ovarian cysts don’t usually show symptoms; nonetheless, there are a few signs in the body that can show how one may have an ovarian cyst.

One of the most common ovarian cyst symptoms is pain in the right or left side of the lower part of the pelvis, next to the ovaries according to Dr Taraneh Shirazian, a gynecologist at NYU Langone Health. If you have a growth, you will feel it. It is a pain that won’t go away even after you have your menstrual cycle.

Swelling in the stomach is also a symptom that can be related to ovarian cysts according to their size, says the website Health 24. According to Dr. Eloise Chapman-Davis, a gynecological oncologist at Weill Cornell Medicine and New York-Presbyterian, women usually have cysts under 10 centimeters. However, there are some cysts that can grow to be the size of a watermelon.

Another symptom of an ovarian cyst can be the constant need to urinate.  Dr. Chapman-Davis states how the cyst can push against the bladder, making you feel the need to urinate more frequently. It also makes it difficult to go because of the blockage made by the cyst. Any urinary issue should be checked out by the doctor.

When having sex, you can feel pain on one side as opposed to the other, then there may be a chance it could an ovarian cyst, states Health 24. According to Dr. Chapman-Davis, some cysts become big and can fall behind the uterus, next to the cervix where the pain would originate.

Back or leg pain

When the cyst gets too large in the pelvis it can lead to back or leg pain, according to Dr. Chapman-Davis.  The cysts can compress the nerves along the back of your pelvis, which leads to the pain.

When they become dangerous…

Most ovarian cysts are benign and naturally go away on their own without treatment, according to the website Healthline. But in a rare case, they may turn into a cancerous cystic mass.

Ovarian torsion is another rare complication, which is when a cyst causes an ovary to twist or move from its original position. Blood supply to the ovary is cut off, and if not treated, it can cause damage or death to the ovarian tissue.