5 Ways to Respond to Abusive Talk 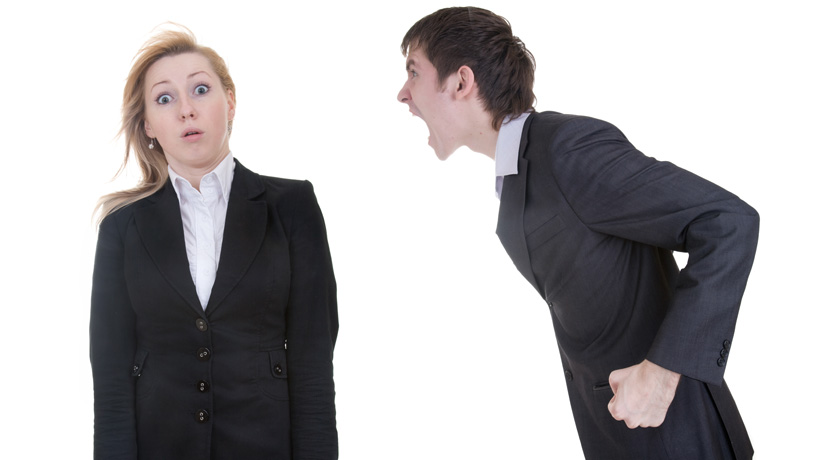 As much as you may love your job, workplace and coworkers, nothing is perfect. Unfortunately, when it comes to climbing the career ladder, some people can rest their ladders on the foundation of bullying and verbal abuse.

Particularly in high-powered jobs, people sometimes pride themselves on being ruthless, cutting and downright mean. Often, that doesn’t just apply to their competitors, either. It spills over into the way they manage their teams and speak to colleagues.

So how do you deal with it when a coworker makes a snide remark or when your boss puts you down in front of the team?

Here are five ways to respond to abusive talk in the workplace:

1. Recognize abusive behavior
The first step to solving any problem is to recognize that there is a problem. Some abuse is easy to discern. Yelling and screaming as well as name-calling are all pretty easy to flag as abusive behaviors. However, other methods of abuse are not as clear.

It’s important to know that even if you think it’s a normal part of the job, any of these things may be considered abuse as well:

And you don’t have to put up with these antics.

However, you don’t deserve to be treated poorly in the workplace or in any other situation. As soon as you can after an abusive comment, approach your colleague or manager and tell them to their face that it’s not okay to talk to you that way.

Make it clear to the office bully that you’re not going to tolerate their behavior, and many times, they’ll get the message.

3. Call out the abuser in public

If you’ve talked to the culprit in private and they are still verbally abusive toward you, start calling them out in public.

The next time your coworker tells you an idea is stupid, your project is worthless or that you’re not good at your job in front of your team — or worse, in front of clients — come back at them immediately.

Not only are you standing up for yourself, but by stating in front of other people that you don’t like being called stupid or you don’t like it when someone is condescending toward you, the bully will take note of how they look to everyone else in the room.

No one wants to look like a jerk — at least we hope not anyway.

4. Document the situation
Make sure you take note of every instance of abusive talk that occurs from this person. Chances are you’re not the only one who is affected by the office bully’s bullying.

By documenting the abusive situation, it can show the abuser that they are being verbally abusive. It can also prove to someone higher up like a manager or even to human resources that there is abuse occurring in the workplace.

5. Enlist help
Don’t be afraid to go to someone else about an abusive colleague or manager. Even if not everyone is being personally attacked, they’ve likely witnessed an office bully in action and can help you take action against them.

If the abuser is a colleague or teammate, you can go to a manager about the problem, but if your abuser is your manager, you may have to go to HR. Human resources is there to help solve problems like this in a diplomatic way. If you can’t fix it one-on-one, get help.

Verbal abuse in the workplace is a too-often occurrence, but it shouldn’t be. By using these tools, you can stop office bullying and make the workplace a more comfortable place to be for yourself — and for everyone else, too.