5 Ways to Reduce the Risk of Chronic Memory Loss, According to Research 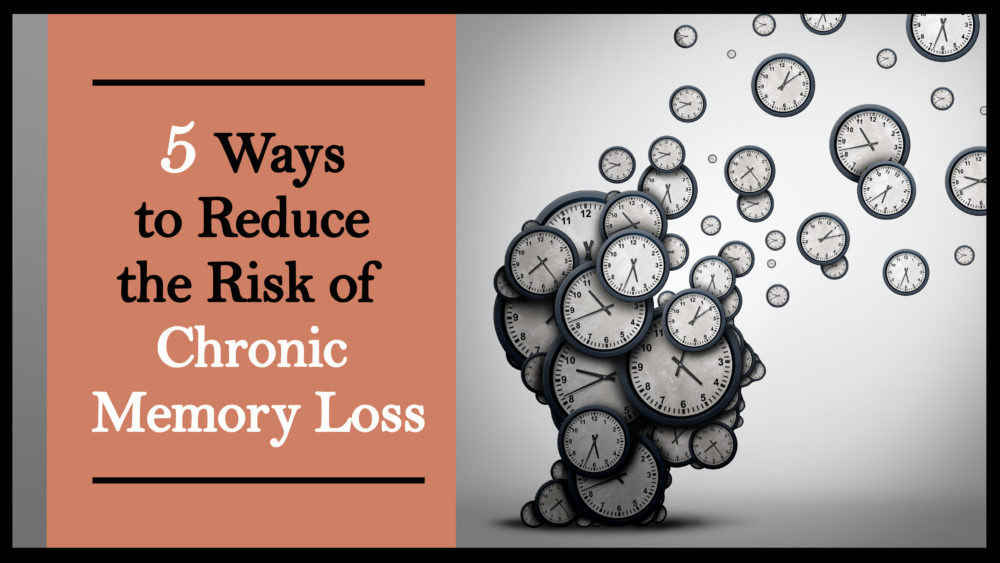 Memory loss disorders are among the most devastating of all chronic conditions. They not only physiologically ravage patients and distress loved ones, but also frequently compromise the  mental health of victims to the point of serious depression.

For these reasons, a new study done by the World Health Organization (WHO) about effective preventative measures against dementia might have a revolutionary impact on both the physical and emotional well-beings of countless patients. Here are five of these tactics (from WHO and beyond) that you can adopt now to maintain a healthy brain and prevent the onset of this cognitive dysfunction.

Get regular exercise
According to the Alzheimer’s Association, several conditions such as high blood pressure, diabetes, and high cholesterol (which are disease states often associated with a sedentary lifestyle) increase the risk of developing chronic memory loss. In fact, the relationship between not exercising and developing Alzheimer’s is so strong that as many as 80% of patients diagnosed with the memory disorder also have cardiovascular disease, says the Alzheimer’s Association.

Exercise directly benefits neurons (cells of the brain) because it causes an increased flow of blood and oxygen to them. As such, it can slow deterioration in those who have had already begun to develop cognitive issues

Avoid harmful use of alcohol
Alcohol dementia is a form of alcohol-related brain damage (ARBD) that is caused by prolonged, excessive drinking. It damages blood vessels, which leads to high blood pressure, raises cholesterol levels, and creates an increased risk of heart attacks and strokes—all of which are conditions that are heavily associated with dementia.

Limit alcohol consumption, such as only for social activities—overconsumption can have serious consequences!

Engage socially
According to a study published by the National Center for Biotechnology Information, there is a very strong association between social engagement and the development of dementia; low social participation is a serious risk factor for this disorder.

To increase your social engagement, try connecting to others via social networking sites, volunteer, take group classes at your local community center—make sure you are adequately engaging with those around you.

Stimulate yourself mentally
Acquiring more years of higher education has been associated with a lower prevalence of Alzheimer’s disease in both population studies and in studies following the same people over an extended period of time.

Whether you pick up a language, instrument, or field of study, you will be creating synapses (connections) between neurons in your brain that will strengthen it and help prevent memory loss.

Get quality sleep
Poor sleep is linked to higher levels of beta-amyloid, a protein that “clogs” the brain and interferes with sleep. Because deep sleep is necessary for memory formation, interrupted or inadequate sleep can result in a failure to properly flush out brain toxins. Nightly sleep deprivation can affect your general mood and put you at a greater risk of developing symptoms of Alzheimer’s.

Make sure to get at least seven hours of sleep every night, and avoid napping to prevent insomnia.

Although chronic memory loss is an ominous prospect, there are a number of healthy steps you can take to prevent or delay its onset. A generally conscientious lifestyle proves to be the best and most reliable method of combat against this disorder.