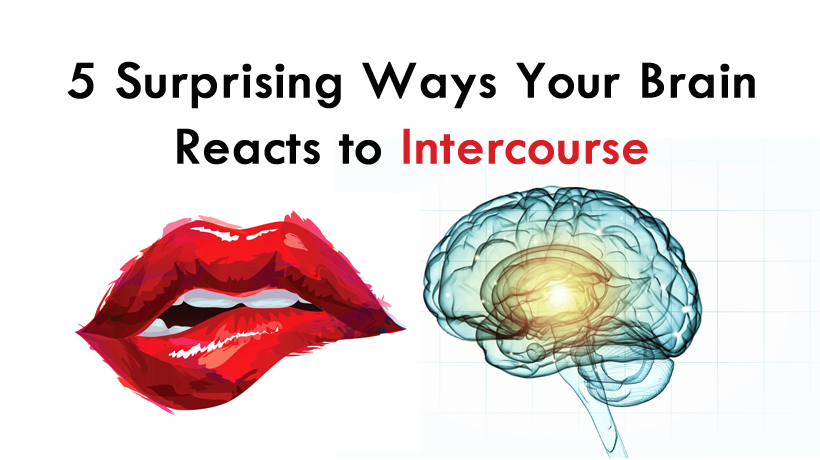 During a climax, sex may make you feel like your brain has shut down. In actuality, your brain is firing all sorts of functions. While you may not be necessarily concentrating during intercourse, your brain is working overtime to respond to sensations and create a unique experience.

These are five ways your brain responds when you’re in the mood.

It makes you motivated
You might already know that your brain emits dopamine during intercourse. Popular culture tends to associate dopamine with pleasure. However, that’s not entirely true.

Scientists suggest dopamine is responsible for “incentive salience,” which is a process that motivates people toward a goal in anticipation of its reward. In this case, the “goal” is orgasm, as described in a study on dopamine published in the journal Brain Research Reviews. This is the same feeling of reward we feel when we indulge in vices, ranging from eating cookies to using drugs.

It gives you courage
Your amygdala is an almond-shaped region in your brain that is responsible for emotional responses such as anxiety, aggression, and fear. A 2013 study in the Electronic Journal of Human Sexuality says people – especially women – have an activated amygdala during sex that affected fear as a response. Therefore, women seemed to have fewer inhibitions during sex.

It puts you in a trance
Have you ever felt so swept up in music that you felt like you were in a trance? A study published in Medical News Today suggests that’s a similar phenomenon to the way your brain processes an orgasm. Study author Adam Safron says the rhythm stimulation boosts neural oscillations at a nearly identical frequency in your brain, which he calls “neural entrainment.”

“Music and dance may be the only things that come close to sexual interaction in their power to … produce sensory absorption and trance,” Safron writes. This could explain that feeling of your brain shutting down.

Cortisol is produced in the adrenal glands, but the release of the “stress hormone” is triggered by the hypothalamus. Less cortisol means less stress, so the brain’s response to sex can help you loosen up.

It makes you feel closer to your partner
In a study published in the European Journal of Neuroscience, researchers considered MRI scans of patients during sexual arousal and found heightened activity in the hypothalamus. The hypothalamus region of the brain produces oxytocin.

Oxytocin is otherwise known as the “cuddle hormone” or the “bonding hormone,” promoting a sense of intimacy during intercourse. The next time you feel the urge to snuggle with your partner after the act, you can thank your brain’s production of oxytocin for that.