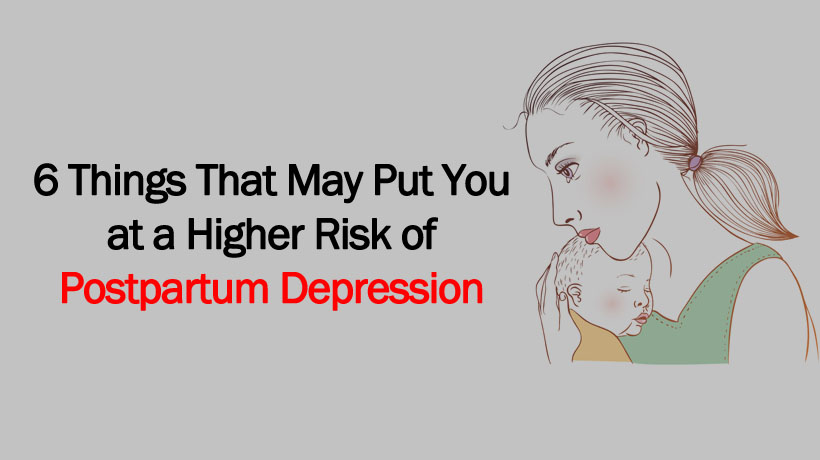 It seems like all everyone ever talks about is “the miracle of childbirth.” From the messages we hear on TV and in the movies, pregnancy and bearing children is supposed to be a time of pure joy and delight. It’s as though the experience is purely positive—happy, benevolent, cheerful, and rewarding. But sometimes, it can be more complicated than that.

The birth of a baby can trigger a series of powerful emotions, and some of these might be negative. One is something you might not expect—depression. Many new moms experience the “baby blues” after childbirth, a feeling of downness which can last for up to two weeks after labor. But some new moms experience a more severe, prolonged form of depression known as postpartum depression.

Symptoms of postpartum depression may include depressed mood or severe mood swings, difficulty bonding with your baby, overwhelming fatigue, intense irritability and anger, severe anxiety and panic attacks, and even thoughts of harming yourself or your baby.

While every case of postpartum depression has a different combination of factors that lead to it, researchers believe that, in general, hormones, neurochemistry, and life history play the most significant roles in your chances of developing of the condition, which affects approximately 14 to 20 percent of women. And in reality, those numbers may be even higher, as experts think that the condition is sometimes not reported. The following are some of the risk factors of postpartum depression.

High stress
Experiencing stressful events in the past year, such as illnesses or job loss, make it more likely to develop the condition. Other factors might be problems in your relationship with your spouse or significant other, a weak support system, financial problems, or if the pregnancy was unplanned or unwanted.

Medical complications
Medical complications during childbirth or with the child might trigger a depressive response in the mother. Traumatic pregnancies and births can include premature delivery, having been on bedrest, or an emergency c-section. A baby with medical problems can also heighten the risk. If your baby has health problems, or other special needs, or needed to be in the NICU, you might be more stressed to begin with.

Difficulty breastfeeding
According to a major study at UNC, women who struggle with breastfeeding during the first two weeks after giving birth are more likely to suffer from postpartum depression two months later compared to women without any of these issues. Researchers suggest that breastfeeding may be hormonally protective against postpartum depression because it can lower the cortisol response to stress. Additionally, the hormones released during breastfeeding, oxytocin and prolactin, have an anti-depressant effect.

Hormonal dysfunction
During pregnancy, estrogen and progesterone levels increase to strengthen both the uterus and the placenta. But the delivery itself alters the levels of those substances, as well as other hormones. The sudden disruption of hormone levels may cause mood disturbances.

Sleep deprivation
Needing to take care of the newborn, many mothers are unable to get the rest they need to fully recover from giving birth. Constant sleep deprivation can lead to physical exhaustion, which can contribute to the symptoms of postpartum depression.