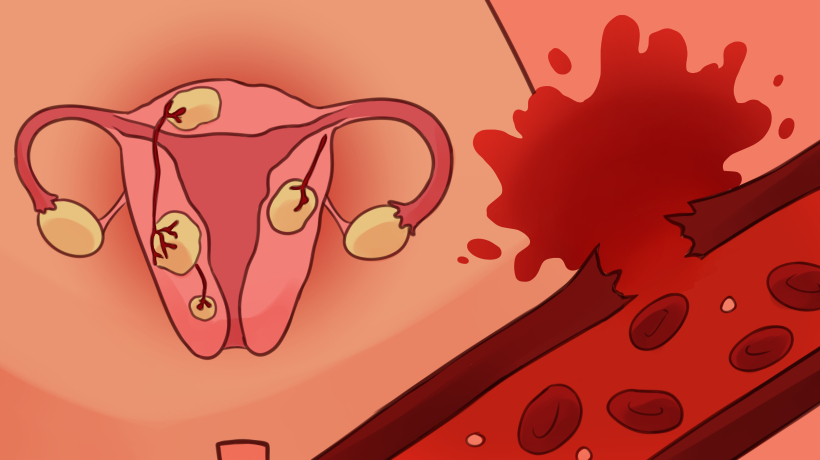 That pesky time of the month–it depletes us of all traces of chocolate, ibuprofen, and motivation to get out of our cookie monster PJs.

In spite of its detestability, though, menstruation is an integral component of our reproductive lives, and signals the existence of a healthy cycle. It is only when abnormal bleeding occurs that we should worry about our well-being. With that being said, here are six types of these concerning instances.

Bleeding between periods
Though spotting between periods is generally not a troubling issue, heavy vaginal bleeding that is not a result of menstruation can be a symptom of something more serious. Sometimes, hormonal contraceptives such as birth control patches, vaginal rings, pills, implants, intrauterine devices (IUDs), or emergency contraceptives can cause this kind of abnormal bleeding. If it lasts longer than three months or is very heavy, you should consult your gynecologist for a proper diagnosis.

Heavy menstrual bleeding
Menorrhagia is the term for menstrual bleeding that lasts more than seven days or is extremely heavy (usually when you need to change your tampon or pad after less than two hours). Often, it is the result of hormonal or uterine issues. Extended bouts of this type of bleeding can cause anemia, a vitamin deficiency that causes you to feel very weak and tired.

Prolonged period
A prolonged period can sometimes be caused by uterine fibroids, which are noncancerous growths of the uterus. This condition is also often accompanied by pelvic pain, lower back pain, and urinary problems.

Irregular period
For the first two years after menarche (a woman’s first period), irregularity in the menstrual cycle is generally no cause for concern. However, if this happens after puberty, it can be indicative of polycystic ovarian syndrome (PCOS), a hormonal disorder that leads to infertility, gestational diabetes, and other complications. Irregular periods can also be a result of stress, too much exercise, or pregnancy.

Bleeding after sex
Bleeding can sometimes occur after sex as a result of friction and dryness, but it can also be indicative of vaginal or uterine infection, a precancerous cervical spot, or cancer of the cervix, uterus, or vagina.