7 Tips for Communicating with Men 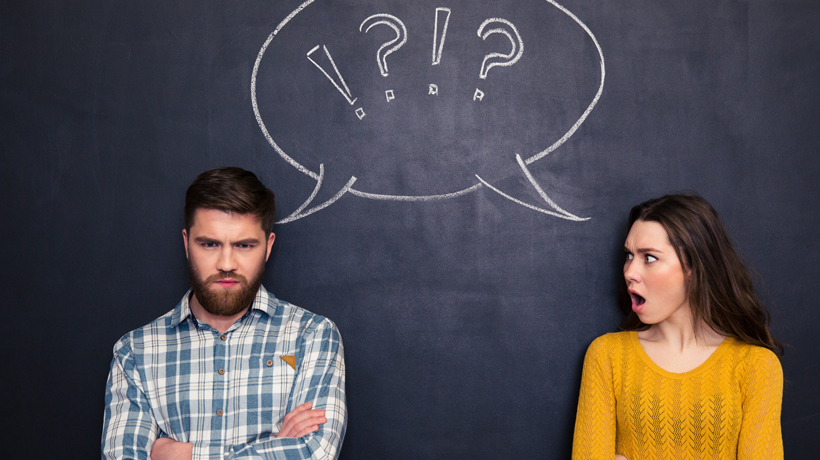 If you said “women”, you need to get out more. Men and women have vastly different communication styles, so what can you do to have better communication with a man? Try these tips:

Be direct
There’s no better way to penetrate the male mind than with directness. You can speak to his heart through his stomach, but to get into his head, the shortest distance between those two points is a straight line.

He doesn’t read your mind
If you want him to take you out, ask him to take you out. If you drop a hint he’s probably not picking it up. Women talk on many levels at once, men don’t. If a woman assumes a man understands what she’s thinking, she is likely to be disappointed.

“Brevity is the soul of wit” – Shakespeare
More than just being direct, you need to get to the point quickly. He’ll respect that.

Stay on topic
I asked my niece if she had a romantic interest at school. Within thirty seconds she had talked about extracurricular sports, what she had for lunch on Tuesday, misquoted Casablanca, and talked about owls, by which time I was ready for a nap. FOCUS! If you’re all over the place, we check out. Remember the immortal words of Dr. Egon Spengler of Ghostbusters, “Don’t cross the streams.” “Why?” “It would be bad.”

Right place, right time
The foreign foods isle at Shop-Rite is not the ideal place to discuss ovulation cycles. Remember, men are task oriented; in the store, we are in shop mode. While I’m at it, when I’m in bed, with my eyes closed, is not the time to talk about your coworker’s ex-husband’s new girlfriend – not unless you’re trying to help me sleep. I’m in power down mode.

Loaded words and phrases
“See me in my office.” Did you just cringe too? Yeah, word choices matter. Do you start every argument with “Soooo…”? Be aware of your own patterns of communication. Change them up. Speaking of loaded words…

“Whatever”
Wanna make your guy flip out? When he asks you a question just say, “whatever”. The refusal to engage in the decision or conversation is the same as saying, “I don’t matter” or “I don’t care”. Men hate it. That said, it will probably get his attention, but not in a productive way.

Being able to communicate is vital to a successful relationship. You should start by speaking the same language.