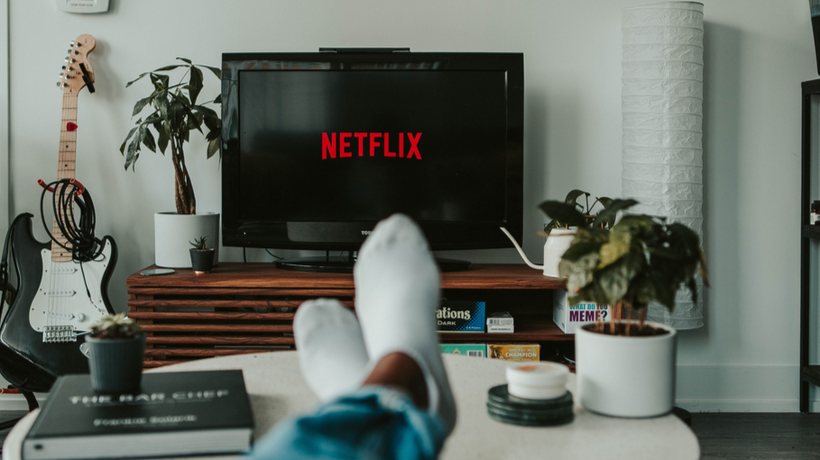 For people who have been sheltering-in-place since COVID-19 started, quarantine may feel like a long, never-ending process. Life has been on an eat, sleep, binge, repeat cycle for many of us. If you’re like me, you feel as if you’ve watched every single movie known to man through streaming services like Netflix or Hulu.

Selflessly binge-watching movies for hours on end just became a lot easier with this list of 8 movies you’ll want to see for yourself:

If you like Rom-Coms gone wrong, this is the movie for you. In this film by Tyler Spindel, the main character bumps into a mysterious woman in the airport—who just so happens to be Miss Maryland. When he texts her about the second date in a resort in Hawaii, he’s shocked when a horrible blind date from the past shows up on the plane. “The Wrong Missy,” played by actress Lauren Lapkus, gives a truly comical performance while being oblivious to the fact that she was not supposed to be there.

2. The Curious Case of Benjamin Button

To all my Brad Pitt fans, your time is now! Benjamin Button, played by Pitt, has an interesting story to tell. While everyone ages normally, he is stuck aging in reverse. He gets various reactions from the people he meets, ranging from confusion to excitement. Despite the entertaining plot, it’s an emotional rollercoaster that will bring some to the brink of tears.

This action thriller follows a Las Vegas police officer with one problem: he’s a dirty cop. When he tries to rob a local kingpin, the heist goes completely wrong and his son is kidnapped. Jamie Foxx, who portrays the officer, along with other big-name Hollywood stars like Gabrielle Union and Clifford Harris gave a performance that got it to Netflix’s 4th spot on its “top 10 in the US” list.

Actress Camila Mendes, who made it big on the show Riverdale (also on Netflix), makes an appearance as the lead role in a movie about an elderly caregiver who is having some financial issues. Once the patient she is caring for learns about her troubles, he makes it a point to do everything he can to help—including leaving his house and all his assets in her name. Needless to say, the police suspect something shady is going on, and what they work to uncover is nothing short of unordinary.

In a world where humans have gone extinct, the audience is introduced to one teenaged girl. This girl, which it is later revealed was the subject of a human science experiment, is raised by a lone robot whom she calls “Mother”. Mother is the only thing the girl has known in her life, so she is shocked when another human stumbles into the safe space she has been living. This stranger wishes to convince her that Mother is the real enemy, but she has no idea who to believe.

If you’re looking for a movie that takes up a large amount of time, this movie about an unlikely duo will do the trick. Django is a slave who is about to be sold at an auction somewhere in deep Texas when a “dentist” buys him out. Later, Django realizes he is now traveling with a bounty hunter. Together, the two travel across the country collecting bounties on criminals, but they save the best bounty for last.

Leonardo DiCaprio delivers a sly performance as a “dream jumper” in this film centered around espionage. He provides his clients with a “safe place” to subconsciously place all their secrets and fears, then proceeds to steal and sell them to the highest bidder. He hopes to complete one last job to get him rich enough to retire. But as life sometimes goes, everything does not turn out as planned.

The late 21st century becomes a dangerous place when crime-predicting technology accuses one of its best officers of murder. From the creations of Steven Speilberg, Tom Cruise is in for the fight of a lifetime to prove his innocence to his superiors. People are forced to do things they never thought they would do and re-evaluate the technology they thought would change the world.

Even if you don’t normally watch movies, these are some that just about most people can appreciate. With a range of genres, there is something to choose for everyone.

Disclaimer: This article is the opinion of the author.