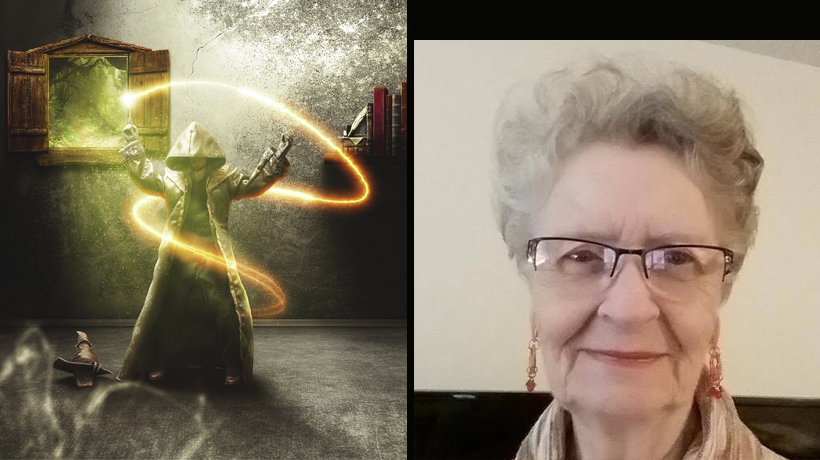 Shirley Curry uses her social media channels to talk about hobbies people typically associate with an 83-year-old woman living in Virginia. She posts about gardening and flowers that make her smile. She has nine grandchildren and she says she’s busy making baby clothes and quilts these days.

But most of her social media feeds, her blogs, and her YouTube channel talks about video games. She doesn’t fit the profile of the so-called typical gamer, but her descriptive YouTube videos where she narrates her playthroughs demonstrate her enthusiasm and passion that defy expectations.

Curry’s love for The Elder Scrolls V: Skyrim, the fifth installment in the game series, earned her the nickname “Skyrim Grandma.” Skyrim is an open-world fantasy. That means players play as one character that follows a story, yet they can explore the landscape and characters in the scene at their own pace.

Curry has dozens of videos on her YouTube channel about Skyrim, some topping out to almost an hour of playing and voiceover as she strategizes and reacts to the game’s missions. Her videos feature her battling dragons, exploring dungeons, and interacting with people in villages.

In autumn 2018, a user named Nick Popp started a petition on Change.org to ask Bethesda Game Studios, the developers for The Elder Scrolls games, to “immortalize” Curry in the game. Popp asked users to support including Curry’s name and/or appearance as a character, weapon, or even a location within the game.

“Shirley plays The Elder Scrolls V: Skyrim as well as other first person RPG’s in a way that is often received as fresh and gentle as well as entertaining and thoughtful,” Popp writes in the description of the petition.

“Sadly, the next Elder Scrolls game won’t be released until Shirley is 88 years old, which means that unfortunately, she may not get to play it.”

After almost 50,000 signatures, Bethesda agreed. In March, Bethesda announced the Skyrim Grandma will appear in the sixth installment of the series as a non-playable character. This means future Elder Scrolls players will see Curry somewhere in the game.

To create Curry’s character, Bethesda will use photogrammetry technology. This technology scans real-world objects and creates highly detailed 3D models out of them. Bethesda invited Curry to their studios to capture images of her face and head.

In a video Curry posted in Twitter, Todd Howard, the game director for Skyrim, said her videos and blogs inspired the game’s studio.

“Seeing it through your eyes has been a huge, huge treat to everybody here,” Howard told Curry.

He continued: “When we heard you were coming, everyone [at the studio] was super excited, like, ‘Is she coming? Is this really happening?’”

To which Curry replied, “And I’m like, did they really ask me to come?”

Well, since they made the announcement today about me, as a character in the next TES game …I can show my favorite thing I brought away with me!!! ? pic.twitter.com/lIoEJ3tz83

You can see images of the Skyrim Grandma’s photogrammetry at the 8:40 mark below.