Amy Grant Talks About Her Recovery Journey Since Bike Accident in July: “I’m Glad for Every Day” 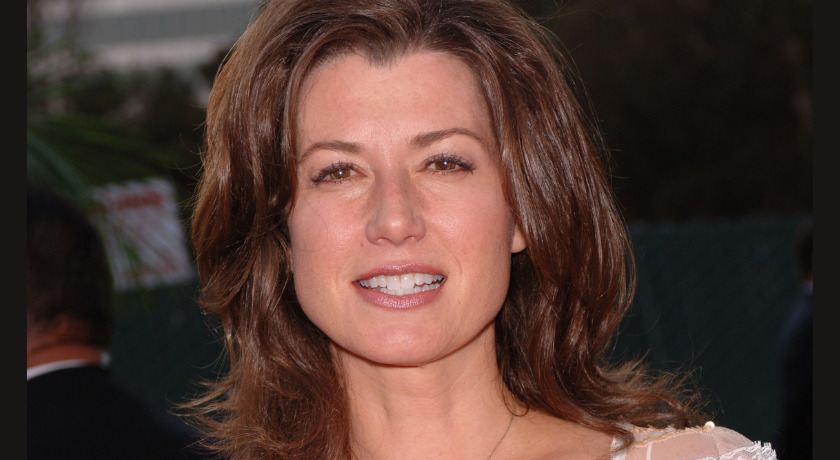 Amy Grant attended the Live at Music Center: Concert Celebrating Jerry Moss in LA a couple weeks ago on January 14 where she opened up about her recovery process since suffering a concussion after a bicycle accident in July last year.

Regaining and maintaining memory and stamina have been the main concern for the “Baby Boy” singer since the accident.

“I don’t remember the beginning of it,” she told E! News at the concert event. “My memory is still coming back, and the stamina, they say 12-18 months after an injury like that.”

Her memory is also a factor when performing her songs in concert, especially struggling with remembering lyrics.

“So far, right now, I use a teleprompter,” she said. “There’s one tonight. I’m so glad. I used a teleprompter on the Christmas Tour.”

Grant was forced to postpone the Fall portion of her tour last year so that she could focus on recovering. Her manager, Jennifer Cooke, broke the news to fans as the tour dates approached.

“Just as she did after her heart surgery, we are amazed at how fast she heals,” Cooke said just after the accident. “However, although she is doing much better, we have made the difficult decision to postpone her fall tour so she can concentrate on her recovery and rebuild her stamina.”

Grant told People at the recent concert event that her husband, Vince Gill, has been a huge rock for her throughout her recovery.

“The biggest thing was in the two months after the wreck, it was really depressing,” she said. “Everything canceled, and I just said, ‘What if I’m never all the way back?’”

She continued, “And he said, ‘Things happen to people every day, and you just have to take one day at a time, and we’re here, and I love you.’ And that just kind of made every day of the journey okay. And I do feel fantastic.”

She shared a story with E! News of a recent dinner date with an old friend where her memory failed her and opened her eyes to just how much the accident has affected her brain.

“So, I was at dinner the other night with a high school friend. We used to spend the night at each other’s houses. I said, ‘I’m embarrassed to ask you, are you and your husband still together?’ She said that Douglas died seven years ago, and it was like I had just heard it for the first time!”

Hopeful for the future, Grant looks at her memory issues with a sort of comedic optimism, calling her current state as a “blessing” in certain circumstances.

“The brain is all about reconnecting all those things. But it’s also been a bit of a blessing. Like, I saw someone at the airport, and they said, ‘Hey it’s good to see you!’ I said, ‘Call me crazy. You’re going to have to tell me your name!’ It was someone I knew. Everyone would like this excuse! Everyone should do this.”

“It makes life easier to just say the truth of what is,” she added.