Signs of Someone Who Is Emotionally Unavailable. Here Are 5 Personality Traits 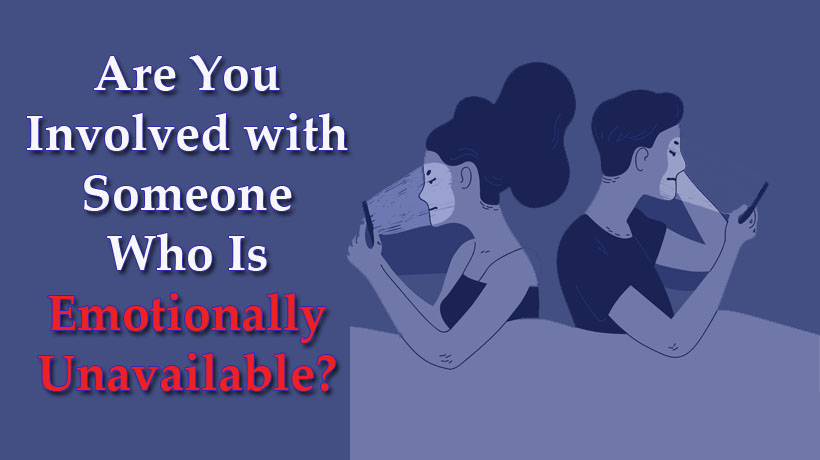 Being in a relationship with an emotionally unavailable partner is a painful and distressing situation. You’re always left wondering if you’re wasting your time or if you’re even appreciated. However, it’s easy to find out if your partner is emotionally unavailable and leave the relationship before it worsens. Below are five personality traits to help you identify such a person.

Fearful of intimacy
Those who are emotionally unavailable learn to depend on themselves and don’t allow others in, because they’re uncomfortable with closeness and they fear becoming attached. According to Everyday Health, a medically reviewed online resource, “Those who are emotionally unavailable also tend to fear and avoid intimacy and are sensitive to the feeling of being ‘clung to’ or controlled by their romantic partner.”

They value being independent and taking care of themselves more, leading them to be aloof, uncaring, and selfish. They don’t want to feel trapped, nor does they want to deal with unnecessary irrational emotion.

Unemotional
Those who are emotionally unavailable keep their emotions under control or try to detach from them because of fear or because of their perspective. According to All Relationship Matters, an Australian counselling and psychological service, “They see their emotions as negative or unnecessary and internalize them to the extent that they become unaware of their own feelings or needs beyond the physical.” Being emotionless makes them feel more at ease and it allows them to cut people out of their lives easier by being blunt and apathetic. These types of people often have low emotional intelligence scores and don’t make romantic relationships as a result.

Perfectionist
Being emotionally unavailable means that the person will set unrealistic standards for himself and follow a path of perfectionism. According to Shauna H. Springer, Ph.D for Psychology Today, “When an individual is caught up in the bondage of perfectionist striving, that person is likely to be less interested in developing a healthy, mutually satisfying marriage and more interested in chasing the elusive rabbit in his or her own head.” He sees relationships as a blight on his perfectionistic nature and he’ll avoid making them, knowing that he’ll either make a mistake or it won’t match the fantasy in his head.

Narcissistic
Emotionally unavailable people value their independence and focus on themselves, leading to a narcissistic mindset. Often, these kinds of people have what’s called an avoidant attachment style, meaning they avoid making attachments with others. According to Lisa Firestone, Ph.D for Psychology Today, “Narcissists, on the other hand, have tended to experience a more avoidant attachment pattern early in their lives which has led them to feel they have to take care of themselves, that they don’t need anyone else, and they should be pseudoindependent.” They believe being codependent is a weakness and they pride themselves on being self-sufficient.

Distant
An emotionally unavailable person prefers to keep his distance from others, refuses to disclose information, and avoids making connections with others. He’ll put up an internal wall that shuts others out and discourages anyone from getting too close. According to the Bayridge Counselling Centre, “Often these walls have been unconsciously created by past losses or trauma . . . emotionally, relationally or spiritually.” Since he fears intimacy and making connections that could hurt him, being distant makes it easier for him to deal with people. The closer someone tries to get to him, the more he’ll withdraw, often resorting to blunt or hurtful remarks to keep that person away.