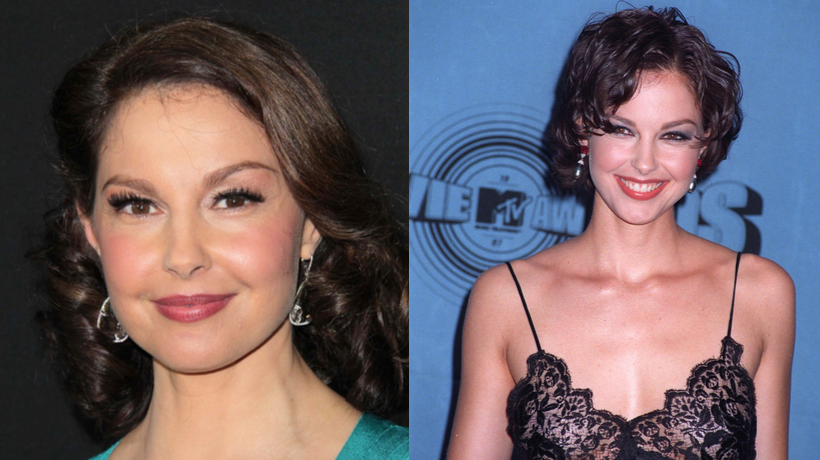 Ashley Judd, an American actress and political activist, is most notably known as the daughter of country music singer Naomi Judd. While she is still getting work as an actress, she focuses most of her time on humanitarian efforts and environmentalist.

However, in 2011, she revealed in her memoir “All That is Bitter and Sweet” that she was sexually abused as a child. Her half-sister, Wynonna, and her mother, Naomi, traveled the world as famed country singers. However, since Ashley was not a singer, her mother left her with her father throughout the school year.

In her memoir, she details her childhood — having attended 13 schools before the age of 18.

She credits her famous mother as the basis for her dysfunctional childhood.

“’I loved my mother, but at the same time, I dreaded the mayhem and uncertainty that followed her everywhere. I often felt like an outsider observing my mom’s life as she followed her own dreams,” she writes in her memoir.

Her mother and half-sister would always have marijuana in the house while her father, Michael Ciminella, a music analyst, would take hallucinogenics with friends on the weekends.

Judd felt that being surrounded by drugs was an everyday experience, but she was taught at a young age not to question or complain about anything going on in her life.

“’I was taught to believe that our lifestyle was normal and never to question it or complain, even when I was left alone for hours, sometimes days at a time, or when I was passed without warning to yet another relative,” she leaked on Daily Mail.

Her mother divorced her father when Ashley was only four years old. During that time, Judd recalls her mother tried to turn her against her father, Michael Ciminella, after the divorce.

In her memoir, Judd reveals how her mother’s relationship with her current husband, Larry Strickland, affected her.

“Mom and pop were wildly sexually inappropriate in front of my sister and me … a horrific reality for me was that when pop was around, I would have to listen to a lot of loud sex in a house with thin walls… I now know this situation is called covert sexual abuse,” she writes.

As a young kid, she suffered from depression. Judd remembers the depression started when she was just seven years old. She considered suicide before entering her teenage years.

“I took to playing with mom’s gun, trying to decide if it would be worth it to shoot myself …” she wrote. “There were many days after school … I would expertly check the chamber, load bullets, give it a spin, and with a jerk of my wrist click the chamber into place, cock the trigger and then hold the gun to my right temple. To me, the way my family lived was already killing me.”

Judd, who worked as a model in Japan when she was 15 years old, wrote about being raped by a Frenchman stranger.

“There was a creepy Frenchman who hung out at the bar … He offered me a ride home … I was so young and confused that I had no idea that what followed was rape.”

But that was not the end of it. In another instance, an adult male model who lived in the apartment above hers had attempted to force her into performing oral sex. However, she was able to persuade him to stop.

Judd has since made peace with her past after going through therapy and living a good life.

“You know, it’s too late to go back and have a happy childhood, but by the grace of God and you know, a pretty simple program of recovery and fellowship, life is good today,’ she said.