Be a Rock Star at Work 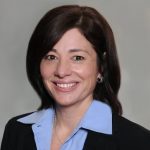 Growing up, Alice’s parents engrained in her a strong work ethic—her father was a shrimper and her mother immigrated to the U.S. from Mexico when she was just fifteen. It was important to them that their children work hard at whatever they do. Alice has done just that and has risen up the ranks of Corporate America.

Now, she offers strategies on how to stand out as a leader of excellence.

Go the extra mile
When I think about bringing my best to work, it’s about being prepared, organized and thoughtful. At the end of the day, I consider how I can maximize tomorrow, and on Sundays, I take time to reflect on the upcoming week. I want to ensure I’m ready to face any challenges ahead.

Don’t reinvent the wheel
Surround yourself with good people who are smarter than you. They make life easier. If one of my colleagues has a great idea, I will sometimes borrow and execute it. For example, when I transitioned into a new role, one of my peers shared how he handled a meeting with his new team. He described the agenda and the thought behind it, and I realized I could work with my team in a similar way. I was able to use the materials that my colleague prepared.

Fly over obstacles (with help)
When faced with a road block, I go to my circle of trust. These are people I’ve known and worked with for a long time who can offer their point of view. I tell them how I’m approaching a problem and ask if they see it from a different angle. If you’re trying to solve everything by yourself, you’ll never find the alternative routes.

The secret to getting through change
When you make a big move, you have to build a new network—which is critical to success. When I was in this situation, I took the time to make these important connections. I ended up reaching out to contacts from a previous job. I told them I wanted to get involved in “xyz,” and they suggested some people to meet. Everyone knows someone who knows someone.

Take even more risks
I’d be lying if I said I don’t feel anxiety when I take risks. But after the first time you think, “I got over that hurdle, what else can I do?” When I moved into my current role I was managing both consumer bankers and wealth advisors—this meant I had to get my investment licenses. Not only did I physically move and learn a new job, but I was also studying for four licenses. But unless you try, you never know if you’re going to succeed.

Who saw something in you early on that you had not seen in yourself—what was that?
Karen Stevenson. She was the first boss I had at the bank. Karen encouraged me to take the lead and told me I had a way with people that made them feel comfortable.

What advice would you give to your younger self knowing what you know now?
Don’t do things alone. Ask for help sooner.

How do you make time for your personal life?
I have gotten much better at deciding what’s important to me, and prioritizing my family and friends. I make sure to spend quality time with family and continue to do an annual girls’ trip to a beach house on South Padre Island.