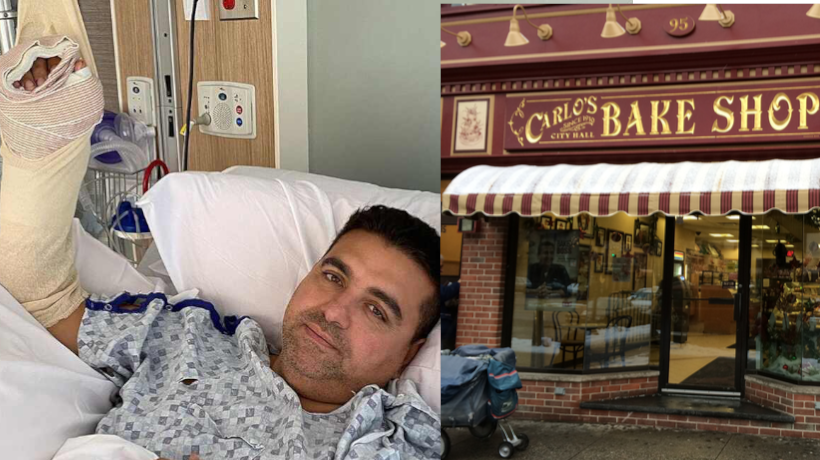 Cake Boss star, Buddy Valastro, is recovering from a recent bowling accident that has his right hand impaled.

Valastro was bowling with his family on Sunday in his home when “there was a malfunction with the bowling pinsetter,” Valastro’s rep told E! News.

Valastro posted a video on his Instagram story on Sept. 23 to let fans know that he’s “getting the best care possible.”

“After trying to release the bowling pin from the cage mechanism, his right hand became lodged and compressed inside the unit,” they explained to E! News, continuing, “Unable to remove his hand, he can see a 1-1/2″ metal rod slowly and repeatedly impale his hand three times between his ring finger and middle finger.”

His sons Buddy Jr (16 years old) and Marco (13 years old) helped to get their dad out of the predicament by using a saw to cut the metal rods from his hand enough so that he could go to the hospital.

His rep states that he is safely resting at home after having two surgeries to remove the pinsetter rod from his hand.

Valastro currently runs a bakery in Hoboken called Carlo’s Bakery and has produced notable TV shows such as Kitchen Boss, Cooks vs. Cons and Bake it Like Buddy. He is also a published author of his own cookbooks.