Can Open Relationships Be Rewarding? Here’s What a New Study Reveals 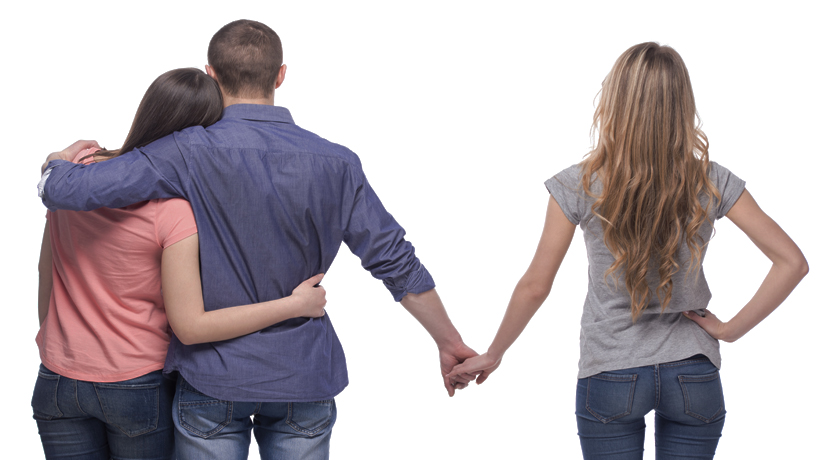 Traditional monogamy has been a tried and true method of conduct for many relationships in the past. People fall in love, get married, and hope to spend the rest of their lives together in monogamous bliss.

But what about those who crave a looser structure to their relationship? Is it possible for them to be happy too?

A recent study completed by researchers at the University of Guelph in Canada has revealed that those in consensually non-monogamous (CNM) relationships have the same level of relationship satisfaction, psychological well-being, and sexual satisfaction as those in monogamous relationships.

What are “open relationships?”
Those in polyamorous relationships typically have more than one committed partner. Open relationships, which are the focus of the study, usually involve an agreement that each partner can sleep with whomever they want, provided they follow the conditions and limitations of the agreement.

Between three and seven percent of people in North America are currently involved in an open relationship, and while that may seem like a small number, it consists of at least 17 million people. So, how did these types of relationships become so popular?

Some partners choose to alleviate the burden of commitment by partaking in open relationships, which allow them to satisfy the needs their partner can’t or won’t fulfill. While many stigmatize open relationships, the Canadian study suggests that they can actually be pretty successful.

Can they be satisfying?
The study, which surveyed over 140 people in CNM relationships and over 200 people in monogamous relationships, then compared the results, asked participants about their satisfaction with their current relationships. Questions included how often respondents considered separating, whether they confided in their partner, and what their general level of happiness was.

The results showed that the type of relationship wasn’t an indicator of how happy or satisfied one could be; instead, the level of psychological and sexual satisfaction determined how happy an individual was.

CNM and monogamous couples both reported high levels of satisfaction with their relationships if they felt like their partners adequately met all of their needs, suggesting true happiness has less to do with the structure of a relationship, and more to do with an ability to clearly communicate one’s feelings, wants, needs, and boundaries.

Open relationships may not be right for everyone, but according to this study, some people may find satisfaction both personally and with their long-term romantic partner if they agree it’s right for them.