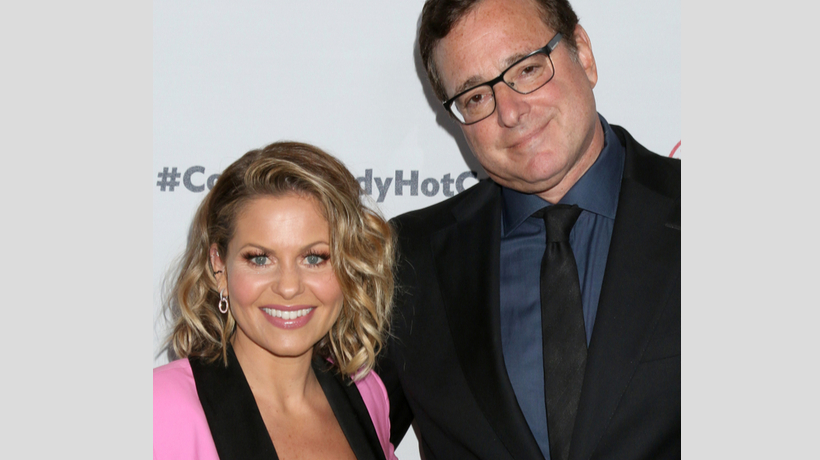 Candace Cameron Bure is opening up more about her time with her friend Bob Saget following his death last month.

“He was so emotionally available all the time,” she told Hoda Kotb in an interview for Today.

Cameron Bure, who was 10 at the time Full House began, says, “he was really the first person in my life as a man that I saw cry and have those emotions right at the forefront of his conversations.”

Cameron Bure added, “I felt so safe with him. One of the things that made Bob so special.”

The actress has shared her heartbreak numerous times on social media since his death.

On January 14th, she shared a black and white photo of herself on her Instagram, hugging Saget during her wedding in 1996.

On January 11th, she shared another photo of her and Saget on her Instagram, writing that he was the ‘glue’ that held them together.

“We are all family, but you were the glue. The sticky, messy, squishy, sweet, lovable glue. My childhood is wrapped up in you, my formative teenaged years and the rest of adulthood,” she wrote. “You taught me to feel deeply at such a young age. You were never afraid or ashamed to share your emotions, to cry, to love, to laugh and say it out loud.”

“If you were hurting, he would hurt with you. You would see the tears well up in his eyes,” she said. “Bob is a remarkable person, and I’ve never had a friendship like the one I’ve had with him. And that’s why it makes it so hard.”

The Today Show was her first interview about Saget’s death. After, Cameron Bure went on her Instagram Story, saying, “It felt good to publicly talk about him in that way because it’s been hard to grieve alone.”