Chrissy Teigen Hospitalized For Continous Bleeding During Her Pregnancy 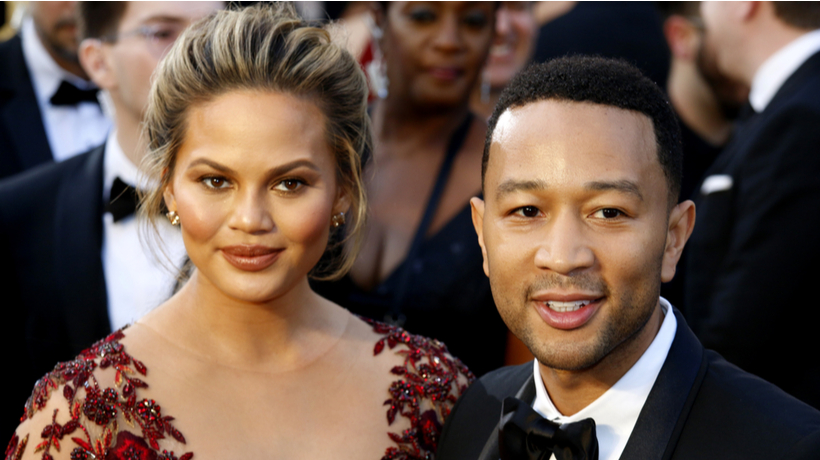 Last month, Chrissy Teigen and John Legend announced they were expecting a third child on the way in Legend’s new music video “Wild.”

Teigen had her first two children, four-year-old Luna and two-year-old Miles, through in vitro fertilization.

On Sept. 25, Teigen revealed on her Instagram story that she was on “serious bed rest” due to her bleeding placenta, which she stated was “very very weak.”

She further went on to confess that her first two pregnancies were not a breeze, either, and that she always had bad luck when it came to child-bearing.

During the weekend, she revealed she was hospitalized for the bleeding placenta and even described how much she was bleeding by making a comparison to a woman’s menstrual period.

“We’re talking more than your period, girls, and definitely not spotting,” she said. “A lot of people spot, and it’s usually fine, but mine was a lot. Every time I went to the bathroom, it would be blood, and honestly just laying there it would be blood, but today the big difference was like, if you turned a faucet on to low and just leave it there.”

While lying in bed and filming the Instagram story, she stated that she is at her happiest when she is pregnant, and naturally, the condition she currently lives with is “hard to come to terms with.”

Sharing her story on Instagram, she also stated that she wants people to stop diagnosing her condition through Twitter without knowing her whole story. She informs her fans that she is getting the best care from good doctors who know her whole story. While she is thankful for the seemingly helpful response from her fans, she needs it to stop.

She assures the audience that she and the doctors are doing everything that they can to “get through the danger zone.”

“Yeah, it is scary, but it’s scary in the way that there’s nothing you can do,” Teigen said. “I’m taking my progesterone, my iron — trust me, we’re on it. We’re trying everything we can.”

Here’s to hoping that she comes out of this pregnancy safely with a healthy baby boy.