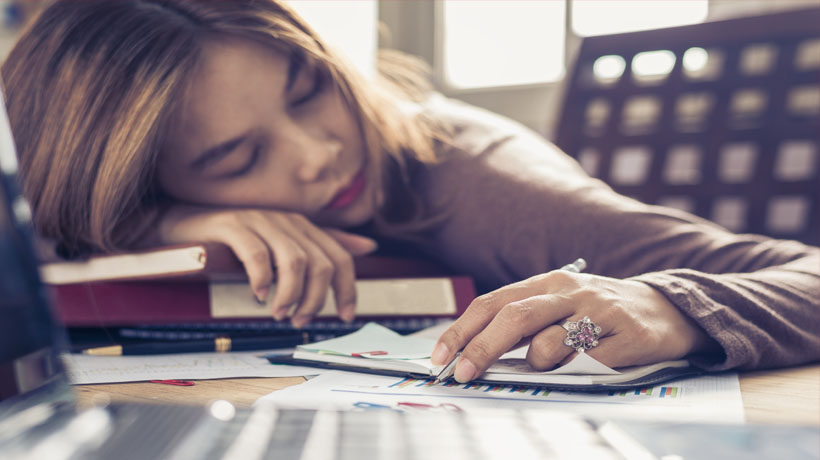 Just about everyone knows the feeling of fatigue—and knows it all too well. But for some people (and four times as many women as men), extreme exhaustion stems from a much larger medical issue.

A poorly understood condition, chronic fatigue syndrome (CFS) is a complicated disorder characterized by persistent, debilitating exhaustion that gets in the way of day-to-day events. The condition is also known as systemic exertion intolerance disease (SEID) or myalgic encephalomyelitis (ME). Chronic fatigue syndrome is often abbreviated as ME/CFS.

Daily life becomes difficult, if not impossible. Patients can become sensitive to simple activities like going to work or even walking up the stairs, and it can take days to recover from these small amounts of exertion. Estimates of the number of people in the United States burdened range from less than one million to 2.5 million. For around 25 percent of cases, symptoms are so severe that victims remain bedridden or house-bound, and suicide risk is elevated.

For a long time, physicians dismissed symptoms as being psychological, but the scientific community’s understanding of the condition has greatly advanced. The cause of ME/CFS is unknown, but there are many theories—ranging from viral infections to psychological stress.

If you’ve been suffering from extreme exhaustion, read through the signs and symptoms below, and then consult with your doctor if you think you might be a victim of ME/CFS.

Unresolved fatigue
People with ME/CFS are not simply tired, worn out or stressed. The Center for Disease Control and Prevention explains, “People with ME/CFS have fatigue that is very different from just being tired. The fatigue of ME/CFS can be severe; is not a result of unusually difficult activity; is not relieved by sleep or rest, [and] was not a problem before becoming ill.” Patients tend to find sleep unrefreshing: the fatigue may worsen with physical or mental activity, but it does not improve even with a full night’s rest.

The diagnosis comes after the person’s exhaustion has lasted more than 24 hours after physical or mental exercise, or if the person has suffered from severe fatigue for over six months.

Cognitive issues
The feelings of fatigue are often accompanied by several problems in cognition. Patients have reported slow thinking, troubles with comprehension, loss of memory or concentration, and a general sense of “brain fog.”

Physical pain
Along with matters of tiredness and poor cognitive activity, people with ME/CFS tend to be in physical pain. These include a sore throat, enlarged or swollen lymph nodes in the neck or armpits, muscle soreness or joint pain, and headaches.

There are no laboratory tests available for diagnosis, so ME/CFS is determined by elimination. For decades, ME/CFS has perplexed doctors because the disease cannot be explained by any underlying medical condition and symptoms show up as average through testing. In fact, it’s estimated that a staggering 90 percent of cases are undiagnosed.

The information provided in this article is not intended to be a substitute for professional medical advice, diagnosis or treatment. Talk to your doctor if these symptoms sound familiar.