Denise Richards Thanks Sharp-Eyed Fans for Pointing out Enlarged Thyroid 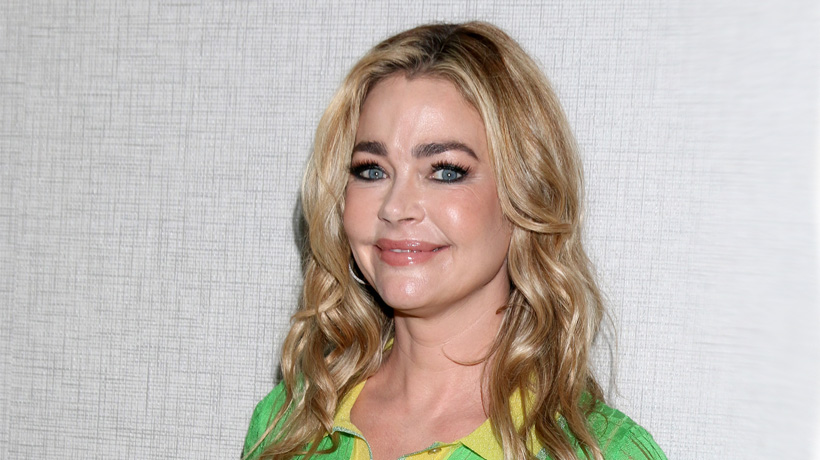 Denise Richards is thanking the observant fans who spotted her enlarged thyroid on a recent Real Housewives of Beverly Hills reunion special.

The former model and actress-turned-reality star took to Instagram on Sunday to express gratitude for the messages she received from fans pointing out the bulge in her neck after the show.

“A few of you pointed out after the #RHOBH reunion that my thyroid was enlarged. You were right, it was something I ignored until pointed out,” Richards wrote in the caption of the post, which included a screenshot of her neck from the RHOB special.

It’s amazing to me in a short time eliminating gluten from my diet how much my thyroid has changed. A few of you pointed out after the #RHOBH reunion that my thyroid was enlarged. You were right, it was something I ignored until pointed out. I had no idea how much our diet really can affect our body and for me how toxic gluten really is … I thank all of you who sent me messages. #selfcare

While the star failed to disclose an exact diagnosis for her enlarged thyroid, she did say that she’s made instant changes to address the issue, including removing gluten from her diet.

“I had no idea how much our diet really can affect our body and for me how toxic gluten really is,” the star wrote.

When one fan asked how long it took to notice a change from her new gluten-free diet, Denise replied, “right away actually I was quite surprised I’m a pasta and bread basket girl.”

According to the American Thyroid Association, an estimated 20 million Americans have some form of thyroid disease. Of that 20 million, 60 percent are unaware of their condition. The thyroid produces hormones that help regulate your metabolism, heart rate, blood pressure, and temperature. So having an underactive (hypothyroidism) or an overactive (hyperthyroidism) thyroid can cause symptoms like an enlarged thyroid, weight gain or loss, fatigue, or an intolerance to cold.

Though many don’t notice their own symptoms, they sometimes have better luck spotting them in others. After all, Richards isn’t the first celeb to have their life potentially saved by a fan. Back in 2013, Tarek El Moussa, star of HGTV’s “Flip or Flop,” discovered he had stage 2 thyroid cancer after an eagle-eyed viewer spotted a lump on his neck and penned a letter to producers. “Inside Edition” anchor Deborah Norville was also saved by a perceptive viewer who noticed a lump on her neck that turned out to be cancer.

If you’ve noticed an enlarged thyroid on yourself or another, visit a doctor, or urge them to do so as well. You just could save a life.