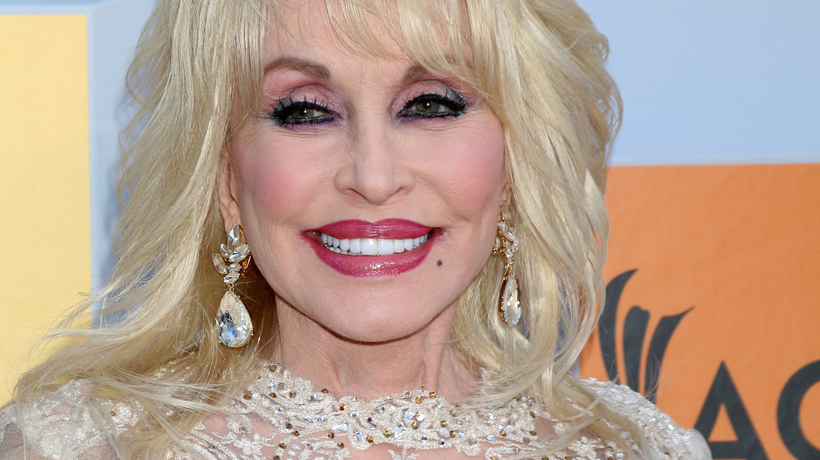 Dolly Parton is opening up about how she keeps her 55-year-old marriage with Carl Thomas Dean youthful and ​​exhilarating.

“I like to dress up for Carl,” Parton told E! News’s Daily Pop on Wednesday. “Every day, I put on some makeup and fix my hair because I think, ‘Well, the whole world, I’m out here and everybody else sees me all dressed up, and I’m not going to just kind of go home and just flop on him.”

“It’s important to me that I look as good as I can,” Parton added. “I think it kind of helps keep things spicy.”

The country music star also reflected back on her 1978 Playboy cover, saying Dean has “always loved” it.  In July, for his 79th birthday, she brought back the bunny ears and ​​bustier to celebrate.

“I thought, ‘Well, I’ll just go surprise my husband and just cook breakfast for him in my bunny suit.” She even posted a photo of the moment on her Instagram.

Parton went on to share that as is the case in most relationships, not all moments are passionate. In fact, she revealed that Dean hasn’t always ‘returned the favor’!

“Every once in a while I see Carl leaned back, snoring in his La-Z-Boy chair and I think, ‘Where is Jolene when I need her? Come on, you can have him now!’” she joked.

As fans know, “Jolene” is Dolly’s famous song about a woman trying to steal her man, and is confirmed to be based on a real woman.

“I can’t say her real name,” Dolly says. “[However] I saw her a few years back and she was broad as a barn, so I didn’t feel so threatened anymore after seeing her. ”

On Tuesday, Parton told PEOPLE she and Dean work well together in the kitchen, calling them ‘partners’. Even though she enjoys her alone time, Dean is always welcome to join her.

“I like it when he comes. A lot of times he’ll sit and watch me, or he’ll talk,” she said.

“I’m a messy cooker, and he’s good about cleaning up for me and keeping the stuff cleaned up around me,” she said. “But sometimes I don’t want anybody around, so I’ll just say, ‘Why don’t you go to the den, I’ll clean this up later or you can help me later.’”

Congratulations to the happy couple, who will officially reach 56 years of marriage on May 30th!