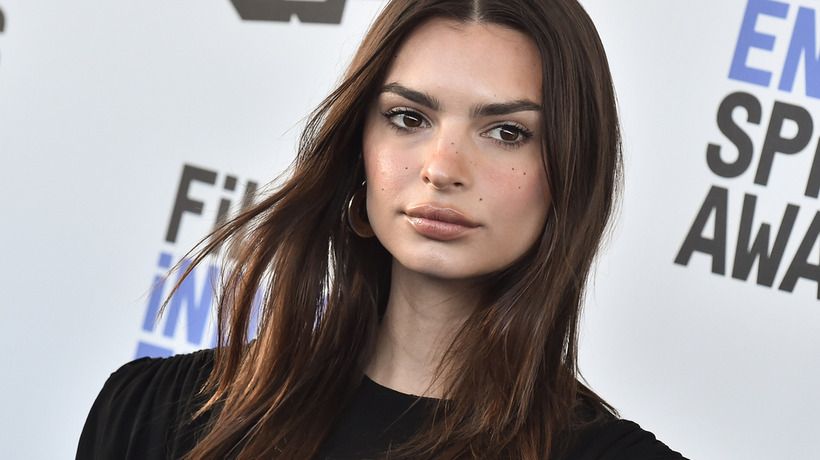 Supermodel Emily Ratajkowski is accusing Robin Thicke of allegedly groping her on the set of Blurred Lines, reigniting a conversation about how the song was problematic from the very beginning. Ratajkowski, who is known for her work as a model, actress, and author, rose to fame after initially starring in the highly popular 2013 music video for the controversial hit.

In an excerpt published by the Sunday Times, the 30 year-old recalled how she initially felt comfortable while filming both the censored and uncensored versions of the video. However, things took a sharp turn as she recounted a time when Thicke “returned to the set a little drunk to shoot just with me.”

“Suddenly, out of nowhere, I felt the coolness and foreignness of a stranger’s hands cupping my bare breasts from behind,” Ratajkowski wrote in her upcoming memoir “My Body,” which is set to be released Nov. 9. “I instinctively moved away, looking back at Robin Thicke.”

“He smiled a goofy grin and stumbled backward, his eyes concealed behind his sunglasses,” she continued. “My head turned to the darkness beyond the set. [Director Diane Martel’s] voice cracked as she yelled out to me, ‘Are you okay?'”

“I pushed my chin forward and shrugged, avoiding eye contact, feeling the heat of humiliation pump through my body,” she continued. “I didn’t react — not really, not like I should have.”

Martel supported Ratajkowski’s claims, telling the Sunday Times that she remembered the incident. She also said that she confronted Thicke after the incident.

Martel said that Thicke apologized “as if he knew it was wrong without understanding how it might have felt for Emily.”

Despite its wide commercial success and two Grammy nominations, Blurred Lines has been criticized for misogyny and encouraging sexual assault since its release, as well as for plagiarizing Marvin Gaye’s 1977 hit “Got to Give It Up.”

In a 2019 interview with GQ, Williams spoke about his embarrassment when looking back on his work for the song.

“Some of my old songs, I would never write or sing today. I get embarrassed by some of that stuff. It just took a lot of time and growth to get to that place. … I think ‘Blurred Lines’ opened me up. I didn’t get it at first,” the producer and musician said.

“…I realized that there are men who use that same language when taking advantage of a woman, and it doesn’t matter that that’s not my behavior. Or the way I think about things. It just matters how it affects women. And I was like, Got it. I get it. Cool. My mind opened up to what was actually being said in the song and how it could make someone feel,” he said.

If you or someone you know has been sexually assaulted, call the National Sexual Assault Telephone Hotline at 1-800-656-4673. The hotline, run by the Rape, Abuse, & Incest National Network (RAINN), can put you in contact with your local rape crisis center. You can also access RAINN’s online chat service at https://www.rainn.org/get-help.