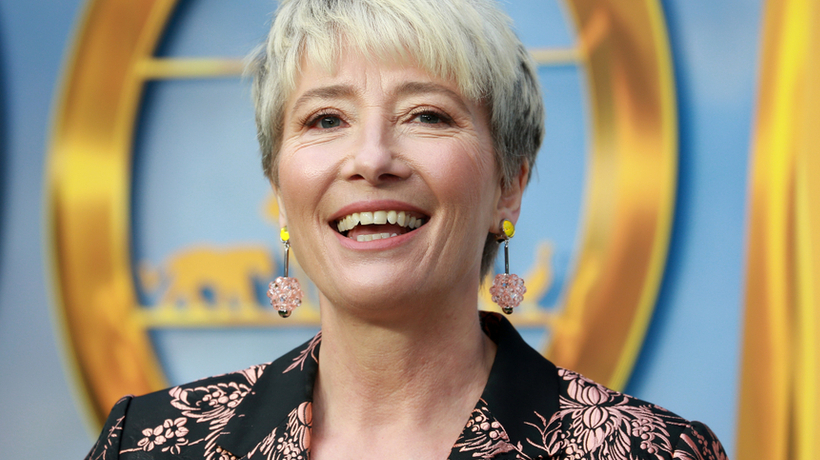 Emma Thompson, 62, who is known for her roles in films ranging from Love Actually to Cruella, opened up to The Wrap about what it’s like being an actress in her sixties.

In the interview, Thompson was asked if she has ever considered plastic surgery, to which she replied that she is fiercely against it.

“Why would you do that to yourself, I simply don’t understand,” she said. “I do honestly think the cutting of yourself off to put it in another place in order to avoid appearing to do what you’re actually doing, which is aging, which is completely natural, is a form of collective psychosis. I really do think it’s a very strange thing to do.”

Thompson is starring in the new movie Good Luck to You, Leo Grande in which she does a full-frontal nudity scene with her co-star Darrell McCormack.

To prepare, they rehearsed “entirely nude and talked about our bodies, talked about our relationship with our bodies, drew them, discussed the things that we find difficult about, things we like about them [and] described one another’s bodies,” Thompson said during an interview for Sundance’s Cinema Café.

“It’s very challenging to be nude at 62,” she said. “Nothing has changed in the dreadful demands made upon women in the real-world but also in acting. This thing of having to be thin is still the same as it ever was, and actually in some ways I think it’s worse now.”

The actress admitted that having McCormick around made the scene easier, adding that it was very important that they “could hold onto each other and laugh.”

Good Luck to You, Leo Grande was released Jan. 22, 2022 and is now available for viewing.