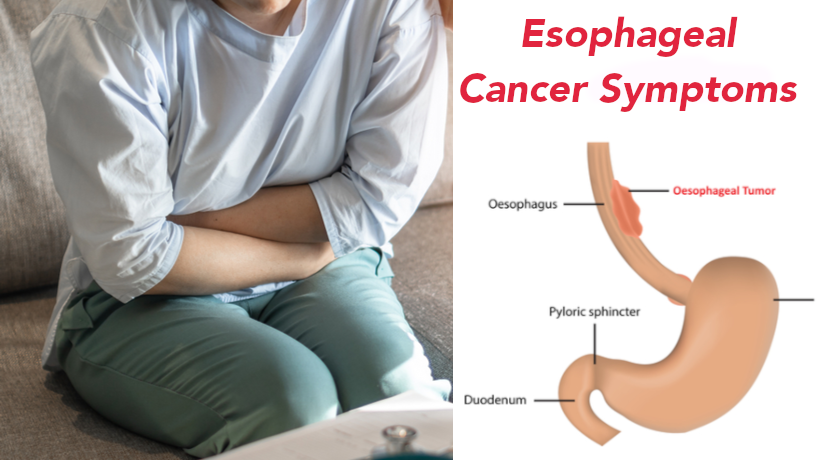 When not handled accordingly, any type of cancer can have devastating effects on the body. Toxic cancer cells spread around the body and destroy almost everything they touch.

According to a medical review by Dr. Yamini Ranchod, esophageal cancer occurs when a tumor forms on the lining of the esophagus and starts to affect the deep tissue and muscles there. There are two types of esophageal cancer (Squamous Cell Carcinoma and Adenocarcinoma) but they each have similar, if not the same symptoms.

Because the esophagus is such an important piece of the breathing and eating process, this will probably be the biggest sign of esophageal cancer. The Kimmel Cancer Center at Johns Hopkins Medicine says that due to the mass that grows, it can feel as if food is stuck in the throat or chest. As symptoms get worse, it can become hard to get food down so people often end up taking smaller bites or changing their diet completely—sometimes without even knowing it.

The American Cancer Society says some people may experience pain or discomfort in the middle of their chest. There are other reasons why people might have chest pains, so it should not be taken as an immediate sign of cancer. However, swallowing can become painful if the cancer becomes large enough to limit food passing through the esophagus. “Pain may be felt a few seconds after swallowing, as food or liquid reaches the tumor and has trouble getting around it,” says the ACS.

Both the KCC and ACS say that people with esophageal cancer usually lose weight without trying to. “Roughly 50 percent of people with esophageal cancer experience unexplained weight loss,” says the KCC. There is no definite reason why, but the KCC and ACS believe that either people stop eating enough to maintain their current weight or the cancer curves their appetite altogether.

Along with breathing and eating, the throat is used to talk. The KCC explains that some people develop a cough that just doesn’t seem to go away. To add to that, people can start to develop a sort of hoarseness in their voice that indicates something is wrong.

According to Dr. Yamani’s review, other signs of esophageal cancer to look out for include: