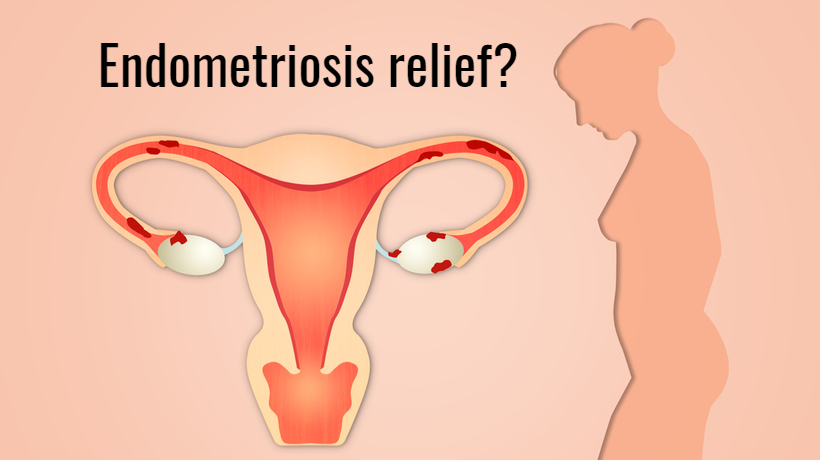 A new treatment for pain caused by endometriosis was approved yesterday by United States regulators at the Food and Drug Administration (FDA). It is the first new medication for endometriosis that has been released in more than a decade.

Endometriosis, which affects 1 in 10 women of reproductive age, occurs when tissue that typically lines the uterus grows outside of it, according to the Mayo Clinic. With the condition, displaced endometrial tissue continues to act as it normally would—it thickens throughout the cycle and bleeds out during menstruation. But because the displaced tissue has no way to exit your reproductive system, it becomes trapped inside the body. The condition can cause debilitating pain, particularly around a woman’s menstrual cycle or during sex, and may also lead to fertility issues.

Endometriosis usually involves the ovaries, fallopian tubes, and the tissue lining the pelvis. In rare cases, endometrial tissue may spread beyond the pelvic organs.

Drugmaker AbbVie said the FDA approved the oral medication, Orilissa, for pain due to endometriosis, particularly during menstruation and intercourse. The treatment will offer relief to some of the roughly 176 million women worldwide who suffer from the painful gynecological condition.

In the past, many women with endometriosis were treated with oral contraceptives, over-the-counter pain relievers, opioid painkillers and hormonal therapies. In some cases, patients have resorted to hysterectomies or other surgical options.

“Orilissa represents a significant advancement for women with endometriosis and physicians who need more options for the medical management of this disease,” said Michael Severino, M.D., Executive Vice President, Research and Development and Chief Scientific Officer at AbbVie. “The approval of Orilissa demonstrates AbbVie’s continued commitment to address serious diseases and unmet needs.”

Orilissa will be available at pharmacies across the nation as soon as next month, according to a press release from its manufacturer, AbbVie. Orilissa will cost $845 every four weeks, without insurance.

“Together with AbbVie, we are proud to offer a treatment option for the many women suffering from pain associated with endometriosis,” said Kevin Gorman, Ph.D., Chief Executive Officer of Neurocrine Biosciences. “Neurocrine discovered Orilissa nearly twenty years ago and through our partnership with AbbVie, the approval of Orilissa reflects our joint commitment to develop therapies for difficult to manage conditions in underserved patient populations.”