Gabrielle Union on Overcoming Infertility, Sexual Assault, and Infidelity, All While Staying True to Herself 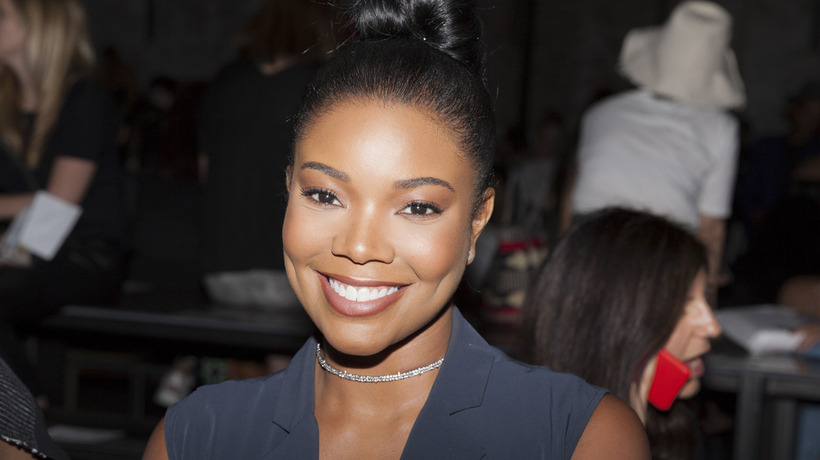 An actress, author, and activist, Gabrielle Union has accomplished more than just a lot throughout her career. From starring in major blockbusters like Bring It On and She’s All That, Union has also become a voice against gender inequality, sexual assault, and racism, all the while raising her daughter Kaavia James, step-children Zaire, Zaya, and Xavier, as well as husband Dwayne Wade’s 19 year-old nephew Dahveon. Her commitment to unapologetically and authentically being herself has made her a role model for millions of women around the world. (Perhaps this would be why she was listed among Time Magazine’s Top 100 Most Influential People in 2020.)

But despite her tantamount success, Union has still had her share of struggles. From sexual assault to Wade’s infidelity, the 48 year-old actress has weathered many battles, continually finding a way to overcome whatever obstacles lie in her path.

During the #MeToo movement, she opened up about being raped at gunpoint when she was just 19 years-old in her memoir We’re Going to Need More Wine in a powerful chapter.

“You can figure out how to move through the world, but the idea of peace? In your soul? It doesn’t exist. I’m selective about who I allow into my life. I can spot people who make me feel anxious or fearful, and they are not welcome. Sometimes I’ll be in the ladies’ room, washing my hands next to another woman. She’ll take a few glances, which I notice, and as I’m readying myself to walk out the door, she’ll say, “Me too.” She doesn’t have to tell me what she means. I nod,” she wrote.

In her memoir, she also detailed her struggles with divorce and infidelity. After separating from her first husband, NFL player Chris Howard in 2006, she opened up about his cheating and how the end of their marriage led to her hitting “rock bottom.”

“I had to hit rock bottom, I had to lose everything,” Union told Jada Pinckett Smith on Red Table Talk. “For me that was my first marriage, going through the divorce process. I lost my show, my show was canceled. And I was having difficult relationships with my BFFs, my day ones. And it was everyone’s fault but my own.”

The actress told Pinckett Smith that once she found herself “literally found myself under my bed with my dog,” she knew she needed to make a change. She hired a personal trainer and life coach, who helped pull her out of this dark period and motivate her to get her life back on track.

In 2009, Union began dating current husband and NBA star Dwayne Wade. The pair eventually married in 2014, but this relationship has also not been without its challenges. During their engagement, while the couple had briefly separated in 2013, Wade fathered his third child with an unnamed woman whom he reportedly had known “for many years”.

In her second memoir You Got Anything Stronger? published earlier this month, she writes how his infidelity impacted her and looking back, what advice she would give her younger self:

“The me of today would not have stayed with him, but would I be who I am now without that pain? That fiery explosion that created life and light? The advice I would give myself now would be to leave. ‘You don’t have to do this. You don’t think you have an option, but you do. Save yourself.’”

Aside from her marital challenges, Union has also been vocal about her struggles with infertility and health issues:

“Towards the end of my fertility journey I finally got some answers, because everyone said ‘You’re a career woman, you’ve prioritized your career, you waited too long and now you’re just too old to have a kid – and that’s on you for wanting a career. The reality is I actually have adenomyosis,” she said in 2018 at a BlogHer event in New York City.

For years, the actress explained how doctors had misdiagnosed her medical condition.

“The gag is I had it in my early 20s, and instead of someone diagnosing me they were like ‘Oh you have periods that last 9 or 10 days and you’re bleeding through overnight pads? Not a mere inconvenience perhaps there’s something more there,’” she said.

In her memoir, the actress also shared that during her fertility journey, she went through “eight or nine miscarriages.”

“For so many women, and not just women in the spotlight, people feel very entitled to know, ‘Do you want kids?’” she told PEOPLE. “A lot of people, especially people that have fertility issues, just say ‘no’ because that’s a lot easier than being honest about whatever is actually going on. People mean so well, but they have no idea the harm or frustration it can cause,” she continued.

In 2018, Union and Wade welcomed the birth of Kaavia who was born through surrogacy.

Today, Union continues to embrace her role as an advocate, mother, actress, and author.
“The reality is that my life has a lot of joy. I’ve been very lucky to have a bomb-ass group of friends my whole life,” she told Vanity Fair in an interview for her latest book.