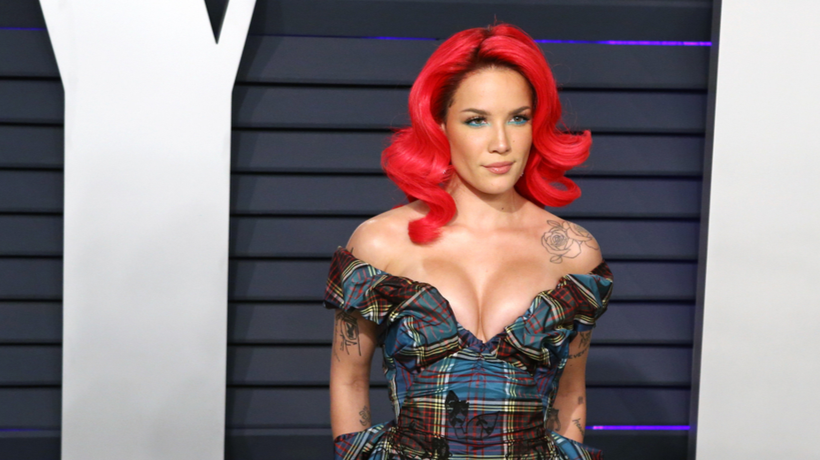 Warning: The image ahead may be a trigger for those with eating disorders.

A recent trend has been going around on Instagram where followers would tell people to “share a photo of…” in response to a posed question.

Halsey participated in this trend, but the result led to her apologizing for being insensitive.

On Monday, a fan asked the “Bad At Love” singer at her lowest point. The singer shared a topless mirror selfie in which the singer looked emancipated. Halsey captioned the photo with “TW: ED, ask for help.”

The photo has since been taken down and Halsey tweeted an apology moments later.

She tweeted, “TW: disordered eating. I am very sorry for posting a photo of myself depicting my struggle with ED without a sufficient trigger warning.” Halsey adds that she was nervous about posting the picture and was not thinking correctly. Last year, Halsey opened up to the public about having mental health issues and living with bipolar disorder.

“I had positive intentions. I would never want to harm someone who shares my struggle,” the singer said. In another tweet, she affirmed that she would log off of Twitter because the situation has turned “into something I am not emotionally equipped to handle for the time being.”

She ends her apology tweet with, “I hope that’s okay [heart].”

Know someone suffering from an eating disorder? Contact the National Eating Disorders Association at 1-800-931-2237.