What Hit Song Describes You Based on Your Zodiac Sign? 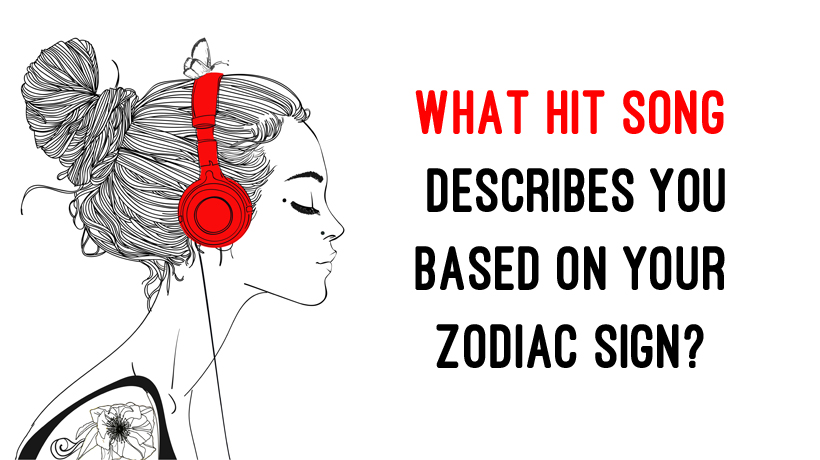 We’ve all heard those songs that we believe must have been written about us, and this really provides us with a sense of comfort. This is the hit song that really embodies your personality, desires and frustrations according to your sign.

Aquarius (January 20th-February 18th):
Your independent lifestyle proves that you follow artists who think outside the box. You’ve really been loving Post Malone and his unique flare, especially his new hit “Rockstar” featuring 21 Savage because it combines traditional rules of rock n’ roll and the sound of hip hop.

Pisces (February 19th-March 20th):
For you, any song that represents your compassionate, artistic side is a winner. Khalid’s “Location” embraces romance through a very modern lens and this really makes you think. But honestly, you mostly love this song because Khalid’s voice is beautiful.

Aries (March 21st-April 19th):
It’s definitely a toss-up between Cardi B and Nicki Minaj, but Bodak Yellow is pretty hard to beat. This song truly brings out your confident, “don’t mess with me” side and you’re really digging it, especially because rapping the lyrics gives you such a release.

Taurus (April 20th-May 20th):
You’re extremely devoted and a true romantic, which is why Kendrick Lamar’s “Love” represents you. The title makes it pretty clear, but the song itself is very calming in a way that relaxes any Taurus with a fear of spontaneity.

Gemini (May 21st-June 20th):
Sometimes (most of the time) you just can’t make up your mind, and Katy Perry gets it. “Hot & Cold” seriously represents how you constantly jump from one idea to the next because you simply don’t want a boring routine.

Cancer (June 21st-July 22nd):
Your sympathetic, emotional character always draws you to Selena Gomez due to her romantic woes. Her hit “Same Old Love” really taps into your experience with heartbreak that stems from your inability to fully trust.

Leo (July 23rd-August 22nd):
Just like the title of the song, you strive to be unforgettable. French Montana’s summer hit gathered the level of attention that you one day want to achieve, or at least fantasize about. People simply couldn’t stop playing this song, and that’s the sort of praise you need.

Virgo (August 23rd-September 22nd):
Your hard-working attitude is sure to put eight M’s in your bank account. You might not want to be in the spotlight like 21 Savage, but your work ethic definitely reflects his interest in having a bank account that you can brag about.

Libra (September 23rd-October 22nd):
There is no doubt that Childish Gambino’s “Redbone” has been one of your favorite songs since it dropped. You believe that “stay woke” are important words to live by, and you’re excited that popular music is embracing political justice.

Scorpio (October 23rd-November 21st):
Demi Lovato’s “Sorry Not Sorry” is a great representation of how you react to the liars in your life, at least in private. You really cherish the people who are close to you, and you just don’t have time for the fakes … and you aren’t sorry about that!

Sagittarius (November 22nd-December 21st):
You might not be quite sure what “Butterfly Effect” is really about, and that’s why it’s perfect. You’re a free spirit who, for the most part, wants to enjoy life and have fun. Travis Scott is known for his catchy hits, and you love that they make you dance.

Capricorn (December 22nd-January 19th):
You work hard for your success and you’re sick of the people out there who don’t respect that. Daya’s hit “Hide Away” puts a catchy tune to these feelings as she reveals her frustrations about how men don’t want to take the time to appreciate women’s hard work.