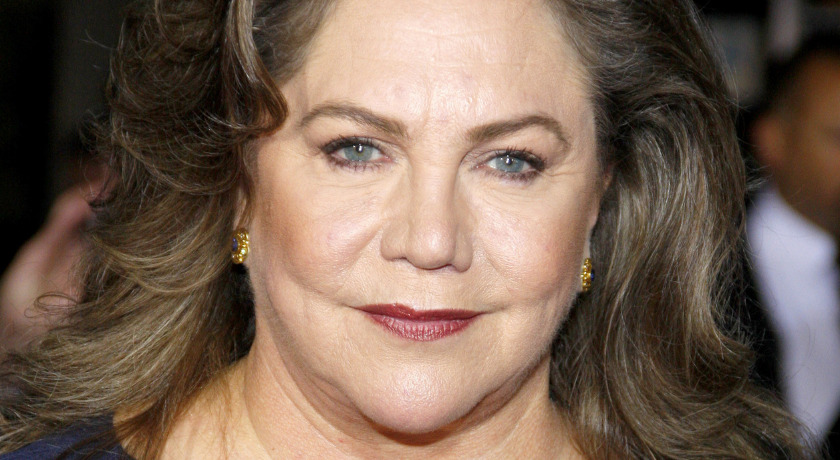 Kathleen Turner has gone through many personal struggles throughout her 42 year long Hollywood career. Whether it was medical or social issues, she’s prospered through it all, now 68 years old, saying, “I’m getting stronger all the time.”

The role as Matty made her into a prominent sex symbol, a label that demeaned and objectified her in the eyes of Hollywood as they began using her as an attractive body instead of an actress.

Turner recalls a time where she attended a screen test for a film, in which the script had changed from when she originally read it. “It was a women’s mud wrestling film. We had to put on bikinis and get sprayed with oil. So I went to the bathroom, got a roll of toilet paper, slapped it on my shoulder and hip, and wrote Miss Missouri across it,” she told The Guardian. Laughing while retelling the story, she says, “I got out of the audition.”

In the midst of fighting off the patriarchy of the 20th century film industry and staying strong to her gender and character, Turner was forced to face physical troubles, too, being diagnosed with rheumatoid arthritis in the mid-90s, having been in her 40s at the time. She first recognized a problem when filming the 1994 film Serial Mom when her feet became too swollen to fit into her shoes.

“I couldn’t walk,” Turner told The Guardian. “I couldn’t hold a glass. The only way I could go up and down stairs was on my butt, pushing myself. The pain is very bad because there’s no way to sit, lie or stand that allows you to escape it. People don’t understand because it’s not life-threatening. It will not kill me, but it kills your life.”

The actress had to take prescription medication and steroids to help cope with the pain of her illness, which caused her to gain weight–an aspect that the media, to no surprise, ran with and “savagely pick[ed] apart”. It wasn’t long before rumors of her having a drinking problem surfaced which, at the time, weren’t true, but she refused to reveal what was actually the matter, saying, “Better to be quiet and let them think whatever the hell they wanted to. But it hurt a lot.”

Soon thereafter, however, alcoholism did take a toll on Turner’s lifestyle. She explained that she didn’t want to become addicted to pills, and so relied on alcohol to ease the pain instead.

“In truth, I did have a period when I found that alcohol was a great painkiller,” she said in an interview with Vulture. “For some reason, which I do not understand, I thought I could control the pain of my illness better with alcohol than I could with pain medication. I didn’t want to take OxyContin and Percocet. I thought that would be an immediate path to addiction; I never thought alcohol would.”

She quickly recognized her problem and checked into rehab in 2002, saying, “I thought: ‘OK, it’s not me. I’m not an alcoholic, but I am an abuser [of drink].’ So I stopped drinking for a couple of years…I don’t imagine I’ll ever drink like that again.”

Nowadays, Turner says alcohol is “an occasional pleasure”. She is also now in remission for her rheumatoid arthritis, but still suffers from flare ups of the illness.

She remains hopeful for the future in her acting career as she approaches 70 years old, saying, “Part of me goes: Jesus, do I get to stop working at some point? On the other hand, I can’t imagine not working. So there you go.”