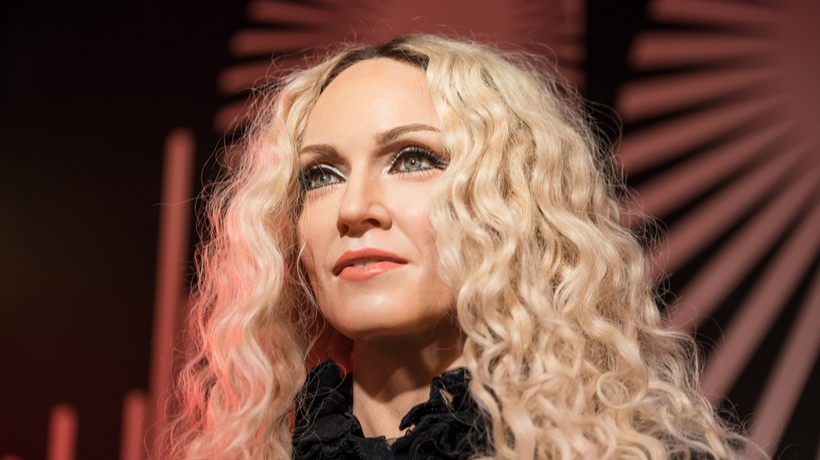 Madonna is a pop singer known for her biggest hits like “Papa Don’t Preach,” “Like a Prayer,” and “Secret,” among many others. However, you may not have known that she did not have the most comfortable life growing up.

Madonna was born in Bay City, Michigan, on August 16, 1958, to Silvio Ciccone and Madonna Fortin. Born as the middle child with five other siblings, she learned early on how to handle the middle child role.

Madonna’s mother was diagnosed with breast cancer when she was pregnant with Madonna’s youngest (and fifth child) sister. Madonna’s mother passed away at age 30 when her daughter was just five years old. Since she loved and adored her mother, the loss affected her greatly.

The singer admitted that she did not learn manners from her mother. As a result, she credits her mother’s early death with her outspoken personality.

When her father remarried, she would frequently get into arguments with her stepmother, Joan Gustafson, who told the future singer to take care of her younger siblings.

Madonna once explained that she felt like Cinderella because of this.

“I saw myself as the quintessential Cinderella,” the singer was recorded saying. “I think that’s when I really thought about how I wanted to do something else and get away from all that.”

She showed off her rebellious and unabashed side by wearing revealing outfits, going to private sex parties, and rejecting Catholicism.

She was able to get out of high school and into college pretty quickly with her excellent grades. She eventually moved to New York City, where she would be held up at knifepoint and raped at 20.

In a personal essay published in Harper’s Bazaar magazine, Madonna wrote about her traumatic experience living in New York City.

“The first year, I was held up at gunpoint. Raped on the roof of a building, I was dragged up to with a knife in my back and had my apartment broken into three times. I don’t know why; I had nothing of value after they took my radio the first time,” she wrote.

In an interview with Howard Stern, she clarified how she got raped and why she didn’t report the incident to the police. In the interview, she recalled her attacker being incredibly friendly at first. She needed money for the payphone; the man said he had a phone at his house, and she could use it for the time being.

Stern then had asked her why she didn’t go to the police, given that she was violated. She knew she could not face the court and deal with the personal questions, so she decided not to report the incident.

“You’ve already been violated, so then, do you want to talk about it? Do you want to make it public? No, it’s just not worth it. It’s too humiliating,” she told Stern.

In 2010, she would have her house broken into three more times by stalkers and fanatics.

Despite the setbacks and break-ins, she has learned to be brave, bold, and daring. She now has four children, for which she teaches them to think outside the box. She teaches them to do the right thing, even if it means no one else is doing them. She studies different religions and is building schools for girls in Islamic countries.

What has Madonna learned throughout her life?

“If you aren’t willing to fight for what you believe in, then don’t even enter the ring.”

She notes that even at her age, “the idea of being daring has become the norm for me.” Madonna challenges others to ask questions, challenge beliefs, and ideas, and become a voice for those who do not have one. In her book, she believes everyone can do something daring.

How will you be daring?