Is it Sadness or Signs of Suicide? What to Lookout For 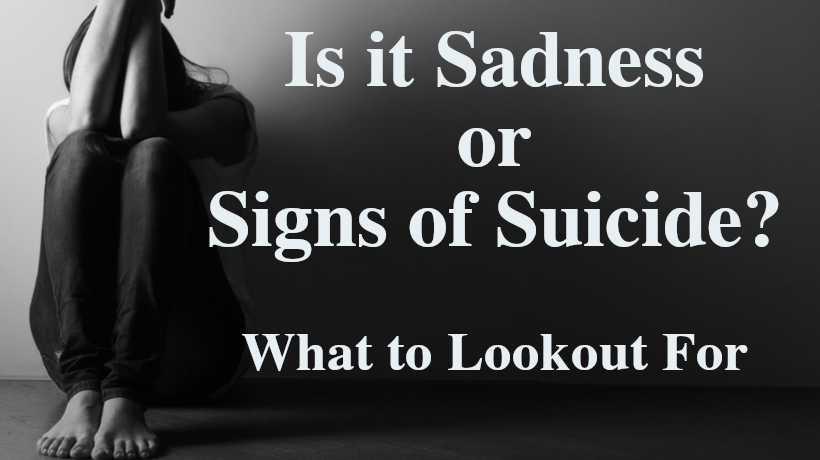 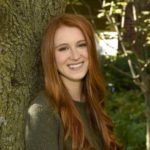 Is it Sadness or Signs of Suicide? What to Lookout For

I recently stumbled across an article with the headline, “My Daughter’s Suicide Note.” Horrified, I clicked on the site to discover the story of a mother who came face to face with a letter written by her suicidal step-daughter. Fortunately, the girl is safe; however, the tale brings to light the severity of the issue and the way suicidal thoughts impact multiple parties.

Dr. Adriana Panayi, M.D., states, “Historically, disease pandemics have been associated with grave psychological consequences.” Furthermore, confronted with grave circumstances, we must be aware that some are suffering more than others. Those who suffer from mental illnesses such as depression and anxiety are at risk of conceiving suicidal thoughts now more than ever. Here are some signs to look out for:

They’ve cut off all forms of communication

Someone considering suicide might abruptly stop responding to texts, calls, and emails. They may only get in touch with you to let you know they’re fine so that you’ll stop calling. Their presence on social media will decrease as you’ll notice they’re less active or online. People with depression typically go through ups and downs, good days, and bad ones; however, if they cut off communication after a stream of bad weeks or months, you may want to raise concern.

Those who are suicidal often sound distant and hollow. You notice that they aren’t present in conversations or unexpectedly find them exiting social gatherings early. When people contemplate killing themselves, they no longer conceive the same thoughts as they did before having suicidal intentions. Death is such a gravitational concept that it will preoccupy the suicidal subject’s mind, disallowing other information to be processed. Thus, they won’t act the same and their persona will abruptly and tremendously change.

They are sleeping. A lot.

Victims of suicidal thoughts typically tend to oversleep. The infamous gymnast, Simone Biles, once stated in an interview “I sleep all the time because it’s the closest thing to death.’” An easy way to tune out the world is by ignoring it completely– i.e., sleeping. An instant relief, dozing off allows suicidal subjects to avoid confronting their emotional distress as death does.

Sometimes, suicidal subjects may openly talk about death and their thoughts on the afterlife with friends or family. They may leave you with a coy remark about experiencing death. Or, they may hint at future plans to terminate their lives. Although snooping through someone’s internet history is invasive, you may want to see if they’ve researched headlines about guns, knives, or pills. In compromising circumstances privacy does not come first–safety does.

The appearance of self-harm is a physical sign of suicidal behavior you can watch you for. Cutting skin, abusing sleeping pills, picking at their face, or carving words into their body indicate thoughts of suicide.

A study executed by the Journal of Affective Disorders revealed that “depression characterized by hopelessness and anhedonia coincide more with suicidal ideation.” Someone considering suicide may state that they can’t imagine a future or can’t fathom the idea of growing old. If you detect a sense of hopelessness in someone, they’re more likely to be at risk of suicidal thoughts.

Here is what you can do:

Suicide is a delicate subject that needs to be approached with caution and care. If you’re worried that a friend, relative, sibling, or child is thinking about killing themselves, there are measures to take.

Foster a Sense of Trust

If your friend asks for confidentiality, let them know that they can trust you. Though you should share their secret for safety reasons, avoid telling them you’re obligated to get help. You don’t want to scare the victim, elicit a negative response, or lead them to an impulsive decision. Since suicide is a fragile matter, explaining to your friend or family member that they have your full support is an essential step to take.

When dealing with such a monumental issue, you may not be prepared to handle the issue on your own. Reach out to older adults, specifically school counselors and parents, to enlighten them on the situation.

You may encourage therapy or recommend a specific doctor you liked to the person you’re worried about. Sometimes, people do not access all the available resources they have because they don’t know about them. You may advocate for one course of action when offering to help the individual. Despite this, understanding the limits of your knowledge and knowing when to contact a doctor is impertinent.

Disclaimer: Not all people who commit suicide show signs that the thought has crossed their minds. If you or someone you know is facing depression and suicidal thoughts help is available.