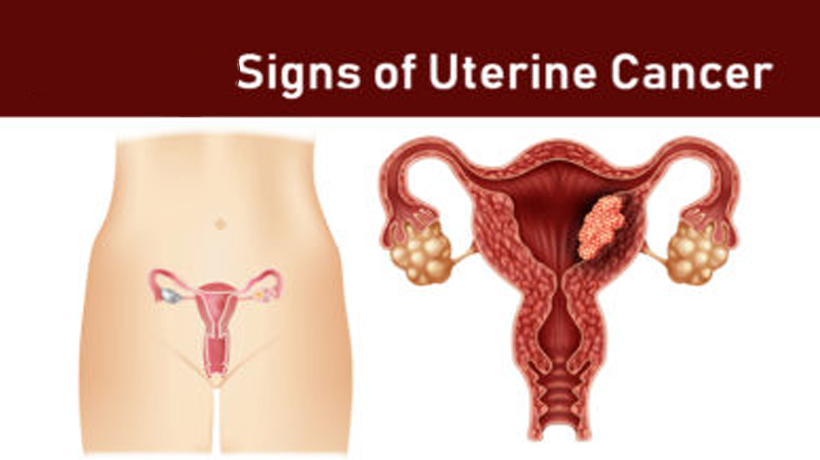 Symptoms
The Illinois department of Public Health stated uterine cancer typically occurs after menopause or around the time menopause starts. The most common symptom is abnormal vaginal bleeding. The bleeding starts off as a watery blood flow which over time produces more blood.

According to the Cancer Treatment Centers of America some of the symptoms of uterine cancer would be:

Risk factors
There are increased chances of developing the cancer depending on these risk factor. According to the Illinois department of Public Health some of the risk factors are:

What you can do
According to the Cancer Treatment Centers of America, frequent pelvic exams can help detect any form of cancer. Endometrial cancer is also treatable. The Illinois department of Public Health discusses treatment options such as radiation therapy and chemotherapy.