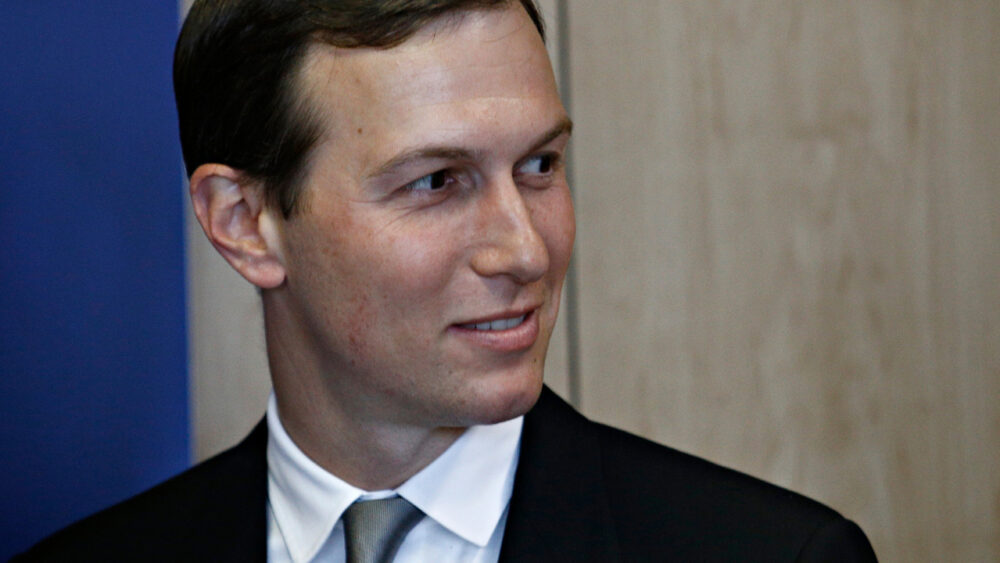 For the first time, former White House senior advisor Jared Kushner is opening up about his secret battle with thyroid cancer while working for his father-in-law Donald Trump, PEOPLE reports.

According to The New York Times, Kushner, 41, shares details in his new book, Breaking History: A White House Memoir.

“On the morning that I traveled to Texas to attend the opening of a Louis Vuitton factory, White House physician Sean Conley pulled me into the medical cabin on Air Force One,” Kushner writes. “‘Your test results came back from Walter Reed,’ he said. ‘It looks like you have cancer. We need to schedule a surgery right away.'”

Kushner recalls asking Dr. Conley to “please don’t tell anyone — especially my wife or my father-in-law.”

The New York Times reports that according to Kushner, the cancer was fortunately caught early. As a result, the cancer was able to be removed surgically, though it required a “substantial part of [his] thyroid” to be taken out, which doctors warned could cause permanent damage to his voice.

In order to handle his illness as quietly as possible, Kushner hid his diagnosis from everyone but his wife Ivanka Trump, White House Chief of Staff Mick Mulvaney, and two of Kushner’s aides.

Kushner scheduled the procedure for a week before Thanksgiving.

“That way, I would miss the least amount of time in the office,” he explains. “My absence might even go unnoticed. That’s how I wanted it.”

Kushner says that he attempted to stay busy with his work so as “not to think about the upcoming surgery or the unwanted growth in my body.”

He continues: “When I did think about it, I reminded myself that it was in the hands of God and the doctors, and that whatever happened was out of my control. At moments, I caught myself wondering whether I would need extensive treatment.”

The day before Kusher’s surgery, Donald Trump called his son-in-law to the Oval Office and asked if he was nervous about the procedure. Confused, Kushner asked Trump how he knew.

“I’m the President,” Kushner recalls Trump telling him. “I know everything. I understand that you want to keep these things quiet. I like to keep things like this to myself as well. You’ll be just fine. Don’t worry about anything with work. We have everything covered here.”