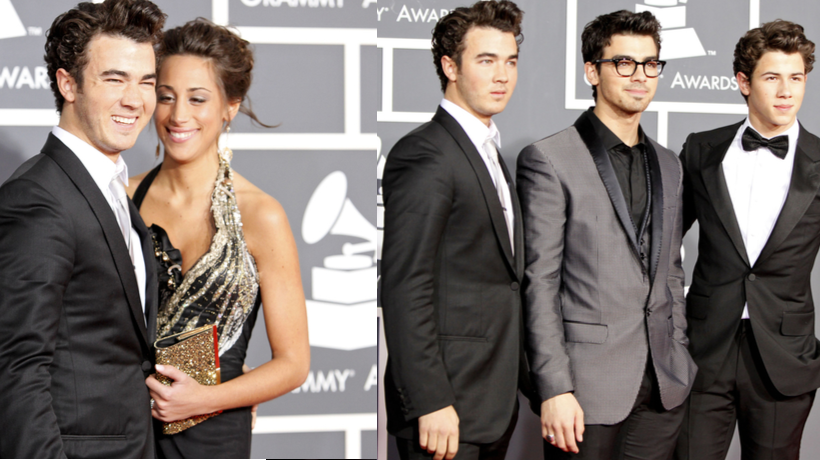 However, a story from 2019 on E! News has resurfaced and brought Kevin and Danielle’s love story into the spotlight. Their story has been noted as “sweet” and “cute” by many E! Readers.

Kevin Jonas and Danielle Deleasa met in May 2007 when both were vacationing with their respective families in the Bahamas. At this point, the Jonas Brothers did not reach their stardom, yet.

At the time, Kevin was encapsulated by Danielle’s beauty and the way she was always able to look perfect and poised.

“When I saw her the next day, I noticed she had a flower in her hair and it was all done up and pretty, and I thought, ‘Gosh, every time I see Danielle, her hair looks so pretty, it’s like someone did it.’” the eldest Jonas brother revealed in a 2012 interview with PR.com. “And she was the one who always did it. It just looked like she always took care of herself. She always presented herself in a good way, and that just really attracted me. It was an attraction at first sight.”

Unlucky for the Jonas brother, Danielle did not look at him that way and even ran away from him two times. In her eyes, she was vacationing with her family, and spending time with a guy who lived 1000 miles away was not the best way to spend her vacation time.

Deleasa explained, “I’m never going to see this kid again, so why would I spend time away from my family while we’re on vacation?” she recalled thinking. “I was like, ‘Why should I waste my time?'”

Still, Kevin did not give up. He pursued her and found ways to contact her. He had asked her sister for Danielle’s phone number and even cyberstalked her to check when her flight would land.

Kevin recalls in the same interview that it might have been a little much, but he just went for it.

Their relationship took off and less than a year later, Kevin would create a plan to propose to Danielle at her doorstep right after performing a concert in Vancouver in 2009.

Everyone was happy for the couple, but some had doubts.

“So many people have said that to us, like, ‘You’re so young, why the rush to get married?'” he recalled to PR.com, “but honestly, from the minute we met to the minute we got married, we wanted to do things our way.”

After turning the camera on themselves for two years and the announcement of the band’s break, Kevin and Danielle were more than happy to live a quiet life without paparazzi.

While Nick Jonas would go on to acting and Joe Jonas would collaborate with DNCE to make “Cake By the Ocean,” Kevin Jonas would build a construction company out of the limelight.

He and Danielle now have two daughters, Alena, 6, and Valentina, 4, and act as a typical family. They did not know that they would get a call a few years later for the Jonas Brothers band to be back on tour.

Now, back in the limelight, Danielle gets to see her husband perform on stage with all the smile and attitude that goes along with it. Danielle tells E! News that he is having the best time of his life and that’s all she needs.

“I just hope people see who I really am and really love him for who he is as Kevin and not Kevin from the Jonas Brothers.”’ Danielle told PR.com