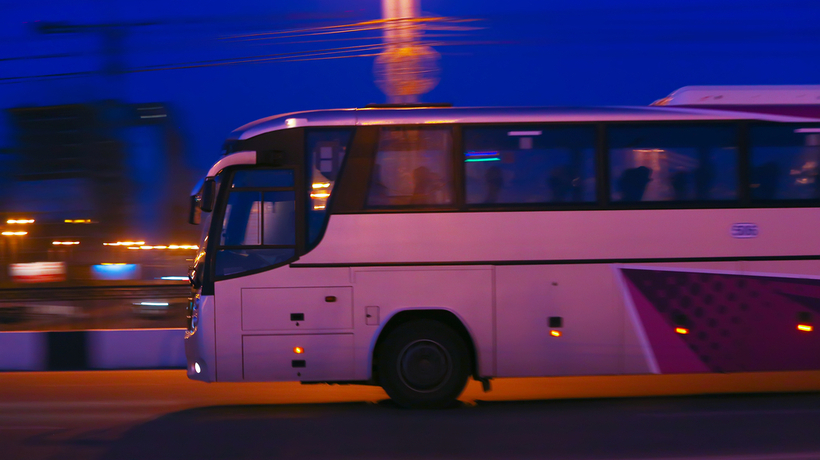 In a tragic accident, a woman identified as mother of five Heather Garcia died early Sunday morning after she tripped and fell off a party bus while dancing. She was 29.

According to ABC7, California Highway Patrol responded to a report of a crash around 3 a.m.

Investigators said that the backdoor opened and sent Garcia out into the freeway where she was struck by a moving vehicle. The driver of the vehicle stayed and cooperated with the police.

Garcia was pronounced dead at the scene.

Army Veteran and husband, Rafael Corral, told ABC7 that Garcia was the ‘love of his life.’ The night she died, she was out celebrating her 30th birthday.

“You expect when you pay for a service so that you don’t drink and drive or do anything illegal … you get there, somebody takes you there safe, and you’re going to get back home safe because that’s what you paid the service for,” he said.

Garcia’s family is coping with the tragic loss of a ‘great soul.’

“She was somebody that you can count on,” said Garcia’s sister, Jellue Jaramillo. “A great mother…definitely a great sister.”

Corral created a GoFundMe to “help to give her the burial that she deserves.” He added that he “was not prepared for a loss in such a tragic way.”

Corral and Garcia  had five children together, between the ages of one and 10.

“She had a huge heart always lending a hand to anyone who needed it,” Corral wrote on the GoFundMe page. “I am also left with so many other expense [sic] and I will now be a mom and dad to our five children ( 10yrs., 8yrs., 6yrs., 5yrs., and 1yr).”

Corral finished the heartbreaking post by writing “Heather I will never forget you and I will always tell the kids how much you loved them everyday. May God watch over us during this difficult time. May you Rest in Paradise my love, until we meet again.”

The incident is still under investigation. The CHP’s Central Los Angeles office is asking anyone with information to call (323) 343-0732.