Never Marry These 5 Kinds of Men (Stay Away) 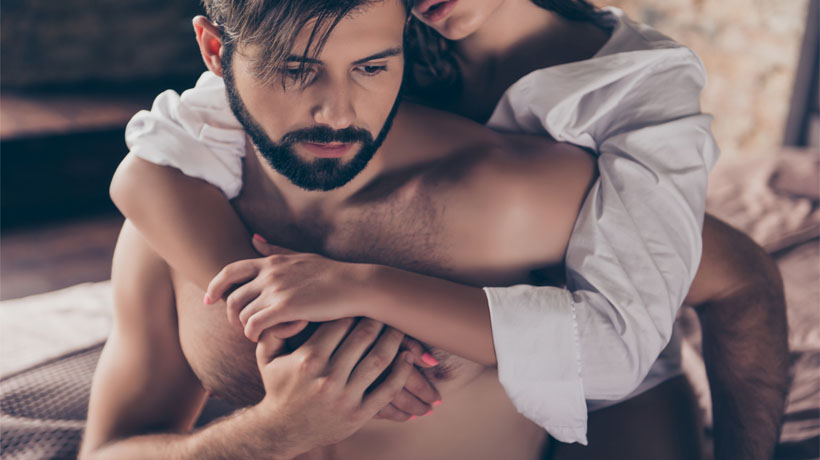 Taking the next step with someone is a huge decision. You should be able to look at the man you’re with now and see if there’s a future there. This is easier said than done. However, there are some definitive qualities that your significant other might possess that’ll make you have to think hard about. Make sure to carefully weigh your options before you commit to someone fully and stay away from these five types of men.

The couch potato
Lazy men will hold you back – it’s as simple as that. If a man is unmotivated, sits around all day, or doesn’t contribute anything to the relationship, it’s both emotionally and physically draining. Both partners should have an equal part in making the relationship work. If he isn’t upholding his end of the deal, you shouldn’t make such a serious commitment.

The chronic liar
Marriage is built on loyalty and honesty. It’s important to start off with a stable foundation in order for your relationship to grow. If he’s constantly lying about things like where he’s been or what he’s been up to, it’s hard to trust him. Even if he’s only telling you little white lies, this may become a habit and worsen over time. People who are in stable marriages are with partners whom they can trust.

The commitment-phobe
If you’re ready for the next stage of your life to begin, but he keeps dancing around the idea of progressing your relationship, he isn’t worth your time. Never marry someone who is wary of giving you 100 percent of himself.

The one who’s hard to handle
A man who is stubborn and unforgiving is not an easy person to get along with. He will make even the simplest things much more complicated than they need to be. If something as average as deciding on where to go for dinner sparks a huge argument, carefully consider your options. You should be able to imagine a future with this person … and that future won’t be fun if you’re constantly frustrated.

The emotional abuser
If he’s giving you backhanded compliments, talking down to you or belittling you, don’t become any more involved with him. Marry someone who lifts you up rather than brings you down.